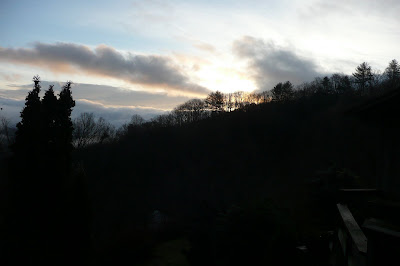 To Juan at the Winter Solstice

There is one story and one story only
That will prove worth your telling,
Whether as learned bard or gifted child;
To it all lines or lesser gauds belong
That startle with their shining
Such common stories as they stray into.

Is it of trees you tell, their months and virtues,
Or strange beasts that beset you,
Of birds that croak at you the Triple will?
Or of the Zodiac and how slow it turns
Below the Boreal Crown,
Prison to all true kings that ever reigned?

Water to water, ark again to ark,
From woman back to woman:
So each new victim treads unfalteringly
The never altered circuit of his fate,
Bringing twelve peers as witness
Both to his starry rise and starry fall.

Or is it of the Virgin's silver beauty,
All fish below the thighs?
She in her left hand bears a leafy quince;
When, with her right hand she crooks a finger, smiling,
How many the King hold back?
Royally then he barters life for love.

Or of the undying snake from chaos hatched,
Whose coils contain the ocean,
Into whose chops with naked sword he springs,
Then in black water, tangled by the reeds,
Battles three days and nights,
To be spewed up beside her scalloped shore?

Much snow if falling, winds roar hollowly,
The owl hoots from the elder,
Fear in your heart cries to the loving-cup:
Sorrow to sorrow as the sparks fly upward.
The log groans and confesses:
There is one story and one story only.

Dwell on her graciousness, dwell on her smiling,
Do not forget what flowers
The great boar trampled down in ivy time.
Her brow was creamy as the crested wave,
Her sea-blue eyes were wild
But nothing promised that is not performed.


The turning of the year has come again and, as always, I think of this poem by Robert Graves. I encountered Graves' wild magic during my freshman year of college and his The White Goddess -- a historical grammar of poetic myth -- continues to inform my own personal mythology and haunt my writing. And I still love this poem -- with its symbols and images and meanings drawn from many lands and cultures.

Today is the Winter Solstice and the shortest day of the year. It's also my birthday. (39 and I think I'm gonna stop right there.) Maybe that's why I love winter so much; I was born at the beginning of winter in the middle of Minnesota. It's in my blood. :-)

What a nice thing to have your birthday on the Winter Solstice! And it's even turned nice and cold today -- just for you!

Hi Vicki, one of my favorite poems. I've just posted Isabel's Solstice poem on my blog. I think you will like it. K.