Whatever Gets You Through (and Sometimes That's Josie) 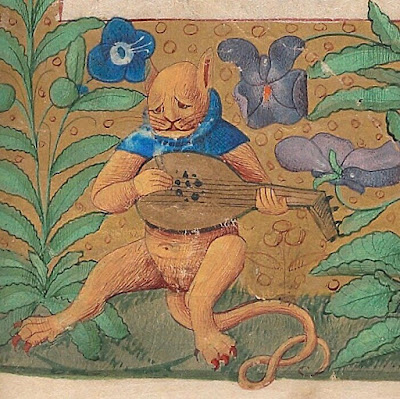 Recently I read somewhere about the six month sag-- that many who've been holding out well during this crisis are now experiencing difficulty in maintaining an optimistic outlook. And I realized that, to some extent, it's true for me.
It's wearing to wake up every morning hoping that things have somehow improved and fearing they've only gotten worse. The death of RBG and the indecent rush to fill her seat (probably with someone who is her ideological opposite) was like a gut punch.
In the midst of darkness though, came a lovely light. A letter included with a SASE and a request for a signed bookplate-- a letter telling me that in the past my books had gotten this person through some rough times and that my blog, and especially the posts about Josie, continued to brighten the times we are in.
I walked around smiling all day. What better thing could a writer hear?
And now-- for DN--some Josie. 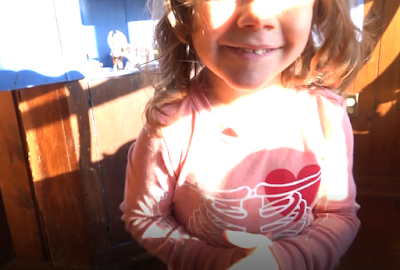 Monday was a Big Day. Another package from Aunt Fay and five new library books and a new Highlights magazine! 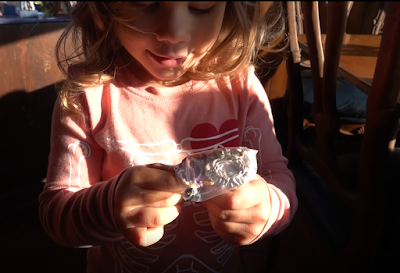 Of course the package came first. 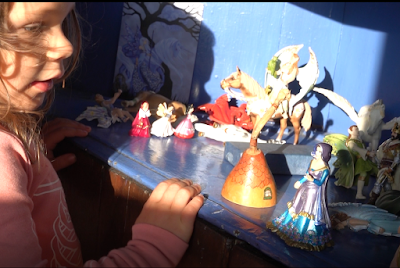 In it were three tiny fairy ladies. I introduced them to my other big ones and they had a party. 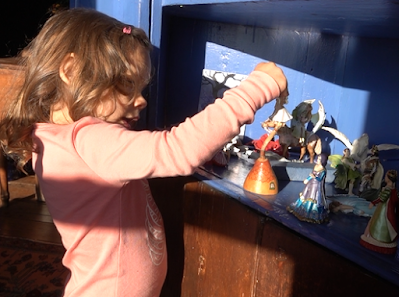 Also, I made five slides for them to play on.  There had to be a lot because queens and fairies don't like taking turns. 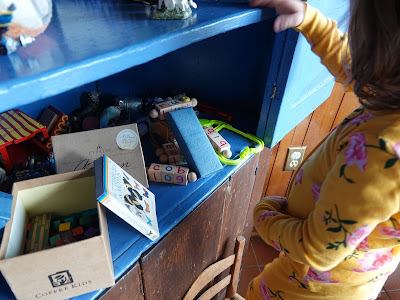 How wonderful to have Josie to bring the sunshine into your life, and then share this joy here! I do appreciate it so much. My family also had a hard reaction to RGB's death, and the political ramifications. Somehow I've been able to find some calm in the continuing sad affairs, perhaps from meditating more, or from having made good friends at rehab which give me support. I remember history, where America has gone through some other tough times, so that these dark days have some perspective. Our Constitution is being tested, and may need to change, in order that the current problems may not occur again. The ideals behind it remain in the hearts of Americans. I have hope in the face of darkness.

Hey Vicki - I hope Josie never has bad times as she grows up but, please save all your blogs so she can look at them and know how much she is loved and wish well by those of us she may never meet...

It's always a delight to visit Josie's world and get away from the awfulness around us. Yay for Faye! Those magical gifts are such great food for Josie's bright imagination.

Do you think some of it is oncoming winter? Without the plans and celebrations that usually get us through? We have the first winter storm these last days - certainly doesn’t help. But I very much admire that you keep on keeping on - it’s appreciated! And I am deeply envious of your Josie routine! And furthermore Aunt Fay is a champ!