Josie Wonders Where the Time Goes 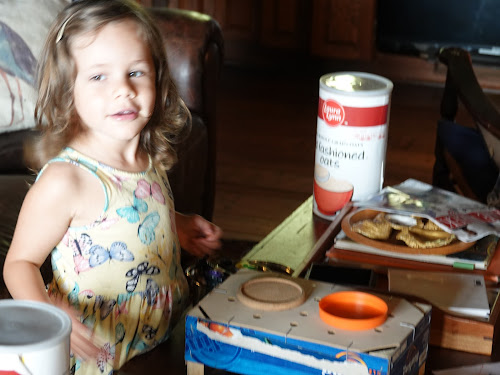 Of course yesterday was busy. I have so much to do that Meema couldn't take pictures of everything. But after we did some coloring and writing (I made a very good A, along with lots of O's and I's which are easy and I did some easy stuff about what letters different words begin with--I am very good at that,) I got tired of schoolwork and opened the Big Closet and got out my cooking stuff. 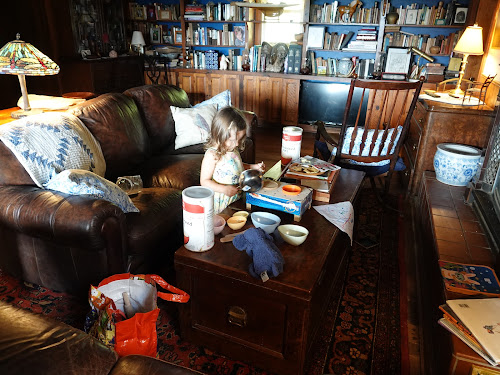 I made some strawberry-cherry-chocolate ice cream and Blue Elephant helped stir it with his trunk. He also ate some. 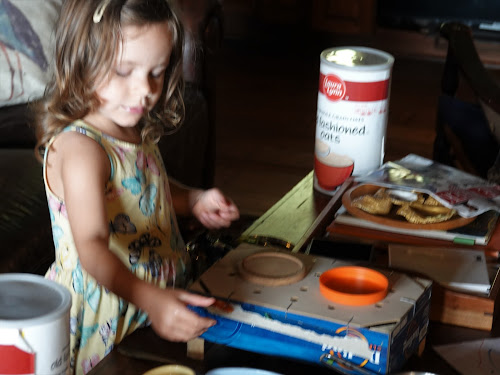 Meema said, It is time for a nap, Josie dear.
And I said, Meema dear, NO.
But she gets cranky if she doesn't lie down after lunch when I am here so I played quietly in my bed for almost an hour. Then I bounced on her bed and it it was time to get up. 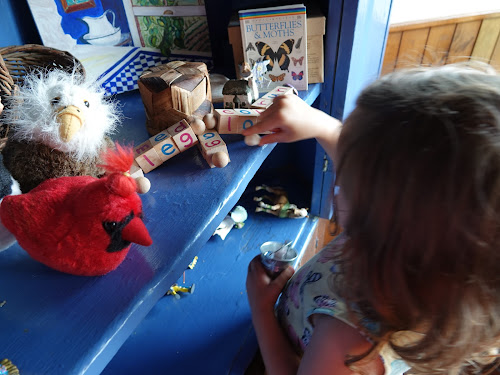 I built a house for the fairy girl out of my word cubes. 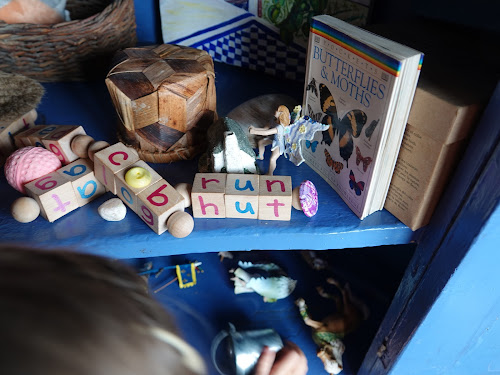 Also I decorated it with buttons and shells. She likes it better than the castle because it is not so crowded.

The grownup fairy ladies and the queens are doing a special dance. They are holding up one of the queens. The king and the knight and the Elf Falaroy are having a boys' party in the castle. 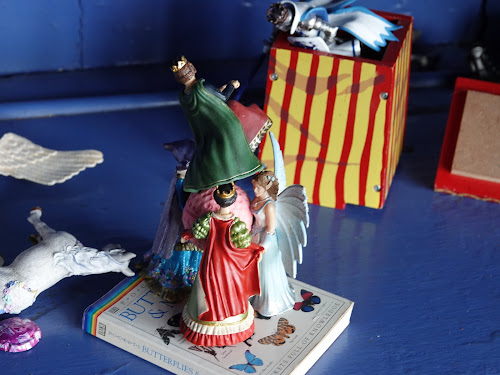 I left them having fun while Meema and I went outside to play with play dough. I got some in my hair and on Meema's shirt. It has gotten kind of greasy and it has dog hair in it. Meema says it is time to throw it out and make some more. I think we will do this on Wednesday. I think this time we will make it red instead of green. 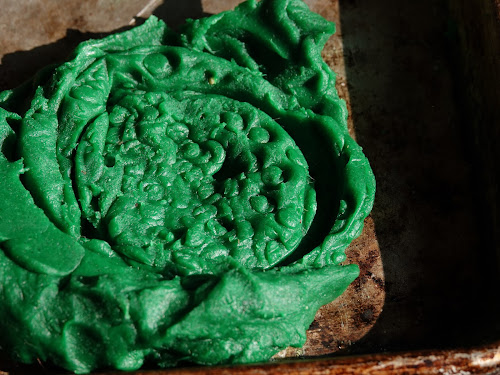 Love how Josie plays with all her little characters...I imagine they have been named somewhat after stories which have been read to her. I hope she can get new books from the library. Yes, red play dough is a good idea.

Only when she's older will she realize how lucky she's been to have so much attention, stimulation, and freedom. I fear that too many pre-school kids are parked in front of the TV and told to stay out of the way.