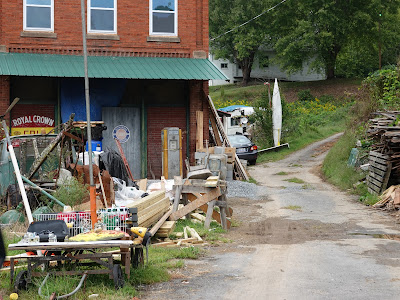 The old brick store building at the bridge has always intrigued me. It's been empty and increasingly derelict in the forty some years we've been here. The fella who lives in the little trailer behind it has used it as a kind of front porch to sit under the green awning and keep an eye on the passing scene.
It was the inspiration for the building where a recluse called the troll lived in In a Dark Season. I gave it a nice interior though I'd never been in the actual building. 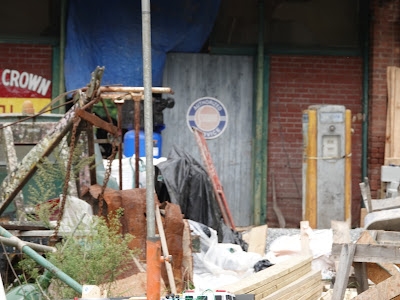 Not having been out much since March, I was surprised to see what looks like de/re-construction going on. New windows appear to have been installed upstairs. And the 'front porch' is inoperative.
Wondering what's up? I suspect someone will tell me. 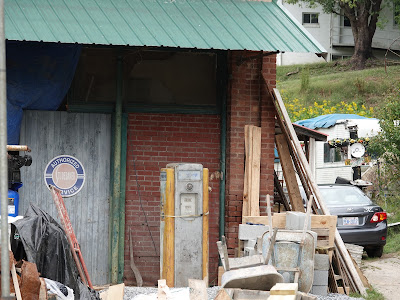 Ooh, intriguing. I'm sure you will find out before long.

Oh cool. I've always loved that building and been curious about it too.

Well, after seeing your blog post title, I was relieved that it's just about refurbishing an old building. So many other changes these days aren't half as pleasant to hear about!

Refurbishing for a local buyer for further use in the community. Local carpenter and helpers are doing a fantastic job on this local historic building.

I shall watch this space! How intriguing