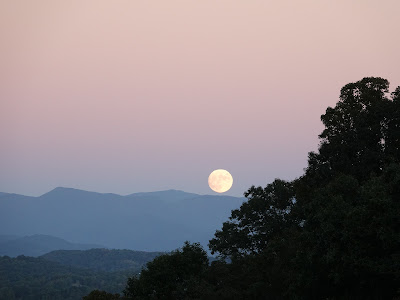 Watching the moonrise last night was a welcome reminder that the earth is still turning and the moon is keeping to her appointed rounds, despite the truly appalling nastiness of Tuesday's so-called debate. 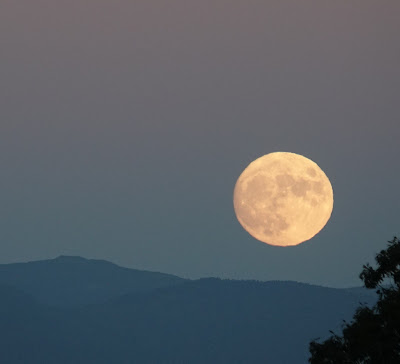 Normally I avoid watching the current occupant of the Oval Office as I hate the sound of his voice and prefer to read the transcripts of his generally incoherent rants. But I wanted to watch  to see how Biden did and to see the body language of the two. I've already hand-delivered my absentee ballot so, like most of the audience, I was just there for the show.
As has been noted by many, many observers, it was painful. Painful to watch the individual who, at one time would have been called the leader of the free world, lie incessantly, interrupt over and over, hurl insults on a grade school level, and totally demean the office he finds himself in.
Maybe a shock collar could have deterred him Or, as one meme suggested, Samuel L. Jackson and a big gun: (Interrupt one more time, m****r f****r...) 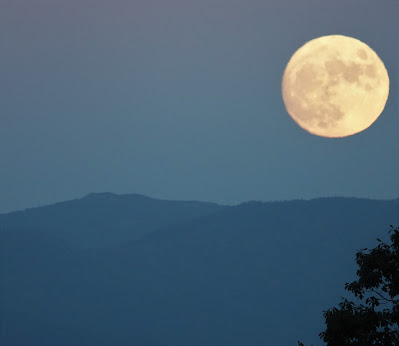 I thought Biden came off well--as well as anyone might when faced with an feces-throwing ape. He didn't take the bait, even when 45 maligned his son--oh, how much he might have said about  45's family of grifters!  And Biden, while far from exciting, was a reminder of decency and normalcy--which I'll take over exciting any day.
The most revolting thing for me was 45's shout out to the white supremacist Proud Boys--Stand down and stand by. If he has one remaining Black or minority supporter after that, they must be brain-damaged. And the implied threat--that he is counting on the radical right to keep him in office--is deeply disturbing, the mark of a would-be strong man.
I stuck with it to the bitter end. When the debate had ended and as the wives were coming up on stage, the camera on 45 showed a sweaty, deeply unhappy-looking man. I'm sure he missed the usual roar of his true believers For a split second, I felt I saw the bewildered man behind the bluster and orange makeup. I almost felt sorry for him. But I got over it. Still, I believe there's a tragic opera waiting to be written here.
Then Melania came to him with (as one friend put it) "a cordial pat on the arm," while Jill hurled herself at Joe and wrapped him in an enthusiastic embrace.
Body language, as I tell the folks in my writing classes, says a lot. 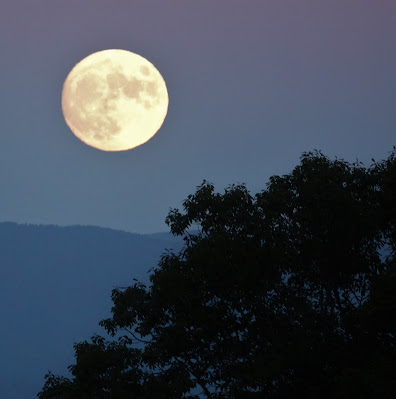 Good report. Until now, I have only just read a few tweets.

I intentionally did not watch the debacle...but believe all the reports I've heard, including yours. My blood pressure stayed happily normal, while the world was aware of another enactment of "un-gracefulness." It won't change my determination for my vote to get a president who is capable of dealing with the job again. But tonight I'm attending a virtual training in case there's a coup following the election. There's no telling what the bigots might try. And I'm finding sanity in considering and preparing for a "worst possible outcome."

I've only seen the news clips but I was embarrassed for America, sad - and rather scared for the whole world. The frightening thing is that so many people still don't seem to see what a truly broken man he is, having to resort to such antics. But he still has power. Truly, truly I hope he soon won't have that power!

I didn't watch the debate. I knew my health and my sanity would not handle it. So shameful for my beloved country.