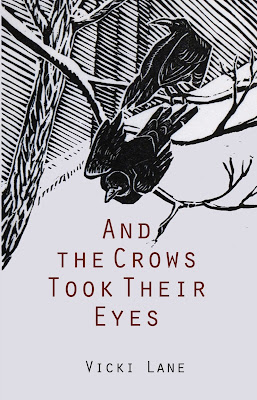 This novel has been such a long time coming. Elephants give birth sooner. I began researching back in 2012; the writing came later once I felt I had a competent grasp of the subject matter. And the writing took its time, as one by one the characters loosened up and began to speak to me.
It was finished in the fall of 2016 and then wandered in the wilderness in search of a publisher for quite a while. But now this baby is out in the world-- in a country almost as divided as it was during the Civil War when the book takes place, making it sadly relevant.
My thanks especially to all of you who've followed along on this winding journey. Your encouragement has kept me going.
Tonight at 6, the Fates and the Internet allowing, I'll be doing a virtual launch under the auspices of Malaprop's Bookstore. HERE's a link to sign up.  I'd love to see you there! 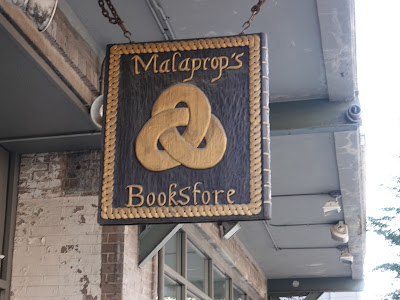 Email ThisBlogThis!Share to TwitterShare to FacebookShare to Pinterest
Labels: And the Crows Took Their Eyes, Malaprop's

Good Lord willin' and the creeks don't rise, I'll be there!

Karen, I signed your book yesterday at Malaprop's and was so touched that you had ordered from them. You rock!

Congrats to you on your diligence in birthing this child of your mind. Can't wait to read it! Unfortunately I have something else on my schedule this evening...but have a great live reading at Malaprops. I'll be the spirit floating around the stacks that just blows the cobwebs about.

I will want to read it in due course, once my list is cleared up a bit.

Congratulations! What a great day for you. Be proud!

Oh shoot --- I am missing your launch! I asked for link but must have been too late! Also I tried to order the book from our local bookstore, they can't get, and tried to order from Malaprops - and they are backordered? Anyway I will keep trying and I really really wish you well -- Congratulations!!! Darn I would have liked to "see" you!

Oh, Katy- quel bummer! But I will post a link to watch t on YouTube when it becomes available--probably several weeks.

You can also order direct from the publisher Regal House Publishing.