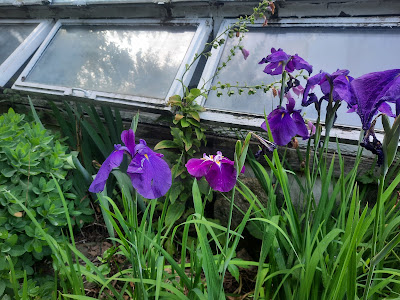 Recently the New York Times had an op-ed piece titled "Why Are We Still Governed by Baby Boomers and the Remarkably Old?"

The opinionator pointed out that Baby Boomers and the 'remarkably old' (those born before the end of WWII) tend to be out of touch with today's realities and, as politicians who are mostly old white men, look back of the days of their youth (the Fifties) as ideal and would like to return to 'simpler times'-- ignoring the fact that minorities and women were effectively marginalized or worse during that golden era.

It's a terrific essay, well worth reading. (See link above.) I've only touched on it because what jumped out at me was that phrase 'remarkably old.' That's me! I'm a pre-Boomer, therefore remarkably old.

Actually, I am embracing that term. I like it a lot better that senior citizen or elder or retiree or golden ager or wrinkly or geezer or any of a number of unfortunate designations.

Remarkably old sounds like an achievement. I'll take it. 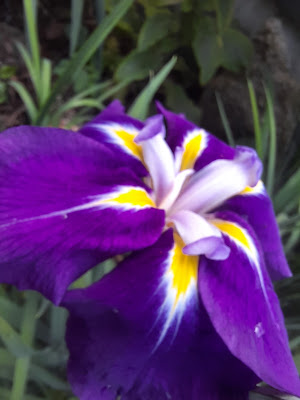 Just shy of being a boomer myself. I think our generation is remarkable in numerous ways. Look at all we have witnessed, the eras we have ushered out and in. I was among the first to receive the polio vaccine that eliminated decades of crippling and deadly outbreaks. I bought my first computer in 1980, an IBM that didn't even have a hard drive and operated off program disks. Now I have a desktop with a 1 trigabyte hard drive. i have an iPad that can connect me to the internet and collect my email. We were here for the introduction of the internet (we called it the Worldwide Web), which younger ones probably think always existed. We were the ones who sat up all night to watch a man walk on the moon. We're the first bionic generation, with implants replacing our creaky joints. I remember writing about the first heart transplant in West Virginia when I was a very young reporter. I also wrote about the introduction of public television and Sesame Street. I would not have missed any of these firsts, and many more, for anything. I have sailed along with all these changes, welcoming and adapting to all of them. I live in the present. I have no desire whatever to return to the 50s or any other decade. I look forward to times that I won't be here to see -- times when we finally deal with racism, when we conquer cancer, when we end war. I have to believe that time will come. And our remarkable generation will have laid the groundwork for all of it.

Well said, Sandy. I do look back at the late Forties and the Fifties as a fine time--but now I know that while it was thus for me personally, it wasn't so for everyone. And like you, I have embraced most of the changes time has brought.

We might (speaking as another remarkably old woman, also known as a Crone) also be considered the ignorant originally priviledged. There was all that which we loved (which conservatives keep touting), while so many were being persecuted and we were blind. That's probably where the term "woke" originated. There's no going back to sleep folks, and I personally am glad to no longer be blind. Vicki, I'll gladly call you remarkably old!