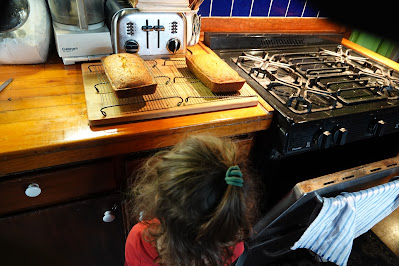 Finally! Meema remembered to buy pumpkin so we could make pumpkin bread. I helped stir. It took almost an hour to cook which is like forever but at last Meema took it out and then we had to wait for it to cool a little. 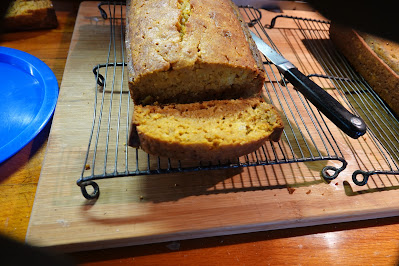 Meema said she used to help her grandmother make banana bread and they cooled it on these very same racks. Meema's grandmother was named Ruby and she is my great-great grandmother. 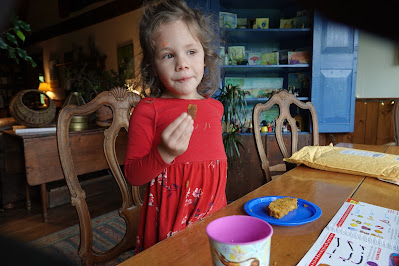 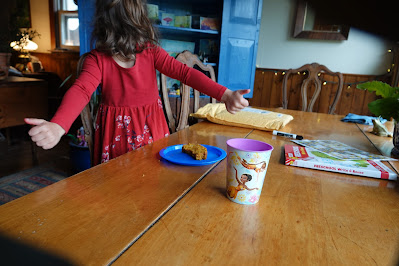 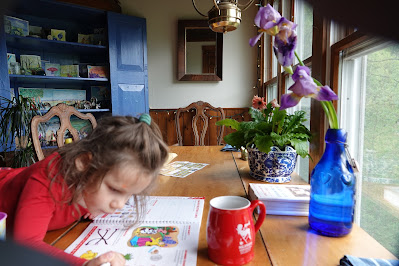 Then I got busy in my workbook. 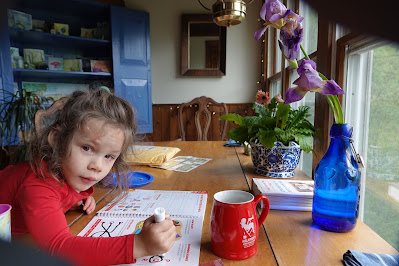 I am going to be so ready for pre-school. 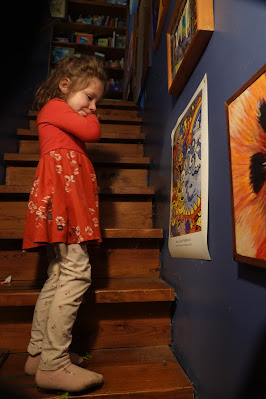 Then we went up to Meema's workroom. There is a poster on the way up of a picture by a kid named William. I love this picture. Up in the workroom, Meema did some ironing and I found some things that I could play with. Then I put them in a box and hid them. Meema had to try to find them but she couldn't. 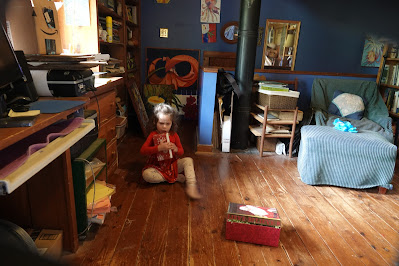 Meema says I am pillaging her stuff but really I'm just playing with it. I will give it back, most of it. 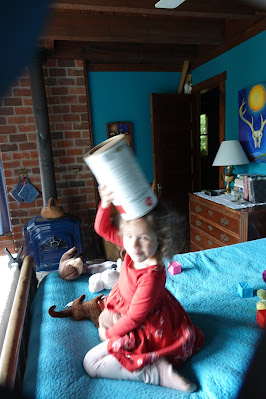 Later, down in The Room, I put on a tall soldier hat. Then I marched on the bed.
We also painted and read books and did a puppet show and took a good nap. Then I had more banana bread.
Ohmigosh, it was another good day! 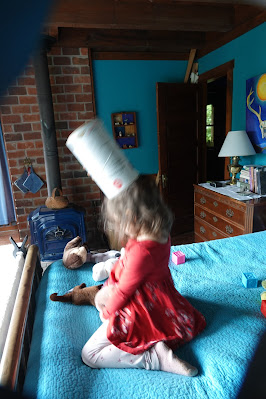 Lucky Josie! What a busy day!

Glad there was napping involved, I was tired out just reading all about your activities, and thanks so much for photos too! Phew!

One day a week? Josie keeps you hopping I see. We have granddaughter #2 here one day a week but she's in pre-K so we pick her up at 11. She is a non-stop talker. e.g. "Nana, you know what?" And she goes on from there. She's also into silly knock knock jokes.

It's two days one week, three the next. Josie's other grandmother and I alternate.

You're going to miss all this when she goes to pre-school.

Sandy--I know I will. But I'll be picking her up some days and keeping her in the afternoon.