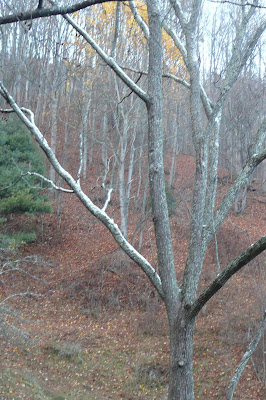 I returned home yesterday afternoon from the conference in Durham to discover a light frosting of snow lingering in the shady spots on the upper part of the farm. Time has run out for impatiens and other tender flowers and I'll be happy for the color remaining in the evergreens -- which are rust and gold and silvery-blue, as well as many shades of green -- and the red berries of the nandina, holly and berberis. 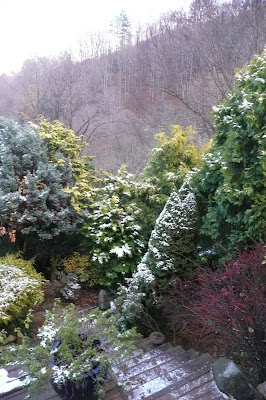 And there's the pleasure of one of my favorite winter scenes -- the reflection of the setting sun on the snow-covered Blue Ridge Mountains. At moments like this, the familiar peaks take on an other-worldly glow and the name 'Delectable Mountains' always comes to mind.

In The Pilgrim's Progress, the Delectable Mountains were one of the Pilgrim's goals -- a way station from which could be seen the Celestial City. And for the magical few minutes that these far away mountains turn pink and seem to float on the horizon, one could almost believe . . . 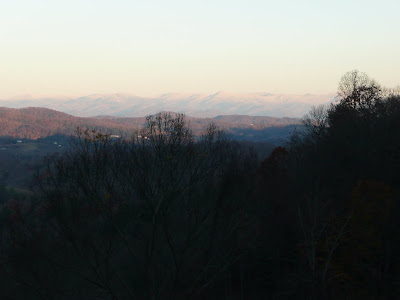