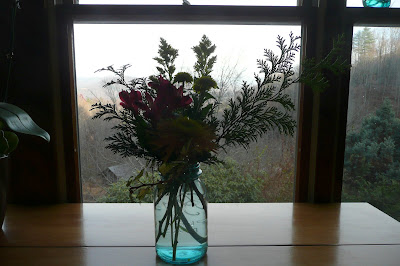 The news story yesterday that a Long Island Wal Mart stock clerk had been knocked down and trampled to death by crowds breaking down the doors in their eagerness to save a few bucks is deeply disturbing.

I understand that for a lot of folks, hitting all the sales on the day after Thanksgiving is a kind of a sport -- scoring the latest electronic goodies at a big discount, getting a new TV that will cover a wall, loading up on all the trophies that make one an outstanding consumer. Others probably feel that it's their only chance to give their kids a Really Big Christmas -- the kind the TV commercials have them conditioned to expect.

For the merchants, especially in these dismal financial times, pre-Christmas sales may be the difference between solvency and Chapter 11.

But really -- a greed so overwhelming that people don't notice frail human flesh underfoot as they race for the plasma TVs?

Mob mentality -- a fever that takes hold and reduces a group to its lowest common denominator. It's frightening.

Later in the day, my spirits were lifted, I have to admit, when I received an email from a family member who shall be nameless, telling me that her husband had just served up some 'steaming bowels of turkey gumbo.'

Made me laugh out loud. If I'd been drinking coffee, it would have come out my nose.

I am not one to do the Black Friday thing ... never have/never will. Nothing on the face of this earth would be worth that ciaos.

I was quite saddened by the Wal-mart story, and was amazed to hear later in the day that our little remote Wal-mart was a maddening place to be most of the day! Who'd a thought!?!?!

I have never been much of a shopper,even back when there was such a thing as 'window shopping'
which was the kind that suited my buget. I now do all my shopping on the internet.This story makes me wonder if some still have an animal side that causes these stampedes?So sad for the family!
We have had a Black Saturday here.
We have had four inches of rain in the last eighteen hours.The roof on our back screen porched leaked, wetting the bed out there.The new calf born Thanksgiving morning somehow managed to get into and trapped in the hay pen,leaving the Mother bellowing like it was dead.We in turn got soaked while bodily removing her.Life on the farm! Thanks for letting me vent girls!
Reckon it was a Cajun Fried Turkey?

When I heard this, I was deeply upset as well. So this is what it comes to. A man loses his life for a bargain. I'm not a 'black Friday' shopper either, and avoid crowds like the plague if I can help it. This year the news reported that people were starting to camp out the night before Thanksgiving to be 'first in line'. That makes me sad too, as it seems like somehow the commercialism has captured this holiday as well. I don't get the gumbo story. :-) (Says a hillbilly)
Tammy

Tammy, I don't think the family member did either when I emailed her to say I was laughing hard.

She meant (I presume) to say steaming BOWLS of turkey gumbo -- which would be delicious.

What she said was steaming BOWELS of turkey gumbo which to my warped sense of humor sounds like a soup made of turkey intestines -- therefore the LOL moment.

It's not about being a hillbilly -- it's more to do with reading words as you expect to see them. ;-)

Oh yeah! NOW I get it! (sheepish look). Not knowing anything about gumbo, I was expecting some inside gumbo joke. Thanks for clearing that up. :-) Have a great day.
Tammy

Tammy - Don't feel bad. I read through that so fast, my mind didn't catch the word change either. I too was scratching my head in bewilderment until I read the comments.

I have the advantage (?) of being an ex-English teacher and that red pencil mentality is hard to shake.