Waltz Me to the End of Time --repost 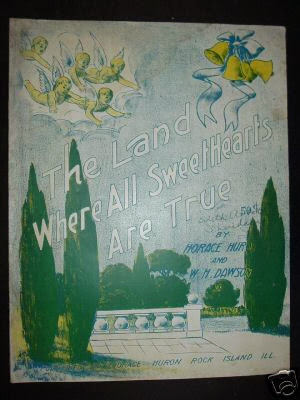 That? That piece of sheet music came from Miss Annie's house. After she passed away back in '65, the property went to a nephew who lived in Alabama. He came and  spent a few days going through her things, packing up what he wanted -- there was the prettiest little writing desk -- and then he had some dealer come in and take away the rest of it so they could put the house on the market.
The nephew was named Charles, if I remember right, and he was real nice.  I asked if I could have that music to remember her by and he told me I was welcome to it. He let me take some of her books too. He said he'd never known his aunt and had been surprised to get the lawyer's letter saying he'd inherited her property. He asked me all kinds of questions about Miss Annie and I told him what I could. 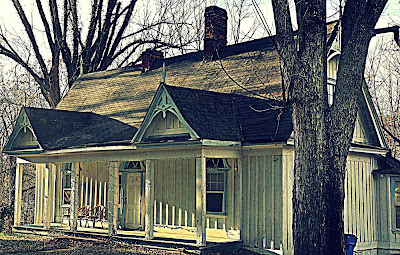 Miss Annie was  the sweetest old lady you ever saw and when I was growing up I loved to go visit her. We would sit in the parlor and have what she called cambric tea --  mostly warm milk with a little tea to color it -- and fresh-baked ginger cookies and sometimes  she would play her old-fashioned music box for me. How I loved to hear that funny, faraway sound . . . 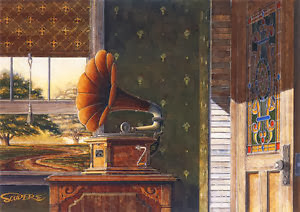 Oh, at first she seemed older than the hills to me -- though I don't believe she was much over seventy when she passed. She was white-haired and stooped over and wrinkled up like one of those apple dolls they used to make. But her eyes were bright and when I'd been around her a bit, it always seemed as if  there was a girl my age hiding inside that old body.

Miss Annie had the merriest laugh . . . like silver bells ringing.  And I could see from the photograph of her on the mantlepiece that she'd been a beauty when she was young -- tall and willowy with light hair done up in one of those pompadours they wore back then.  There was a photograph of a handsome young man in an old fashioned uniform there too and she kept the two kind of turned to face each other.

When I asked her who he was, she told me that his name was Darby C. Bell  and that he was the love of her life. . .  they had been engaged when he went off to fight in World War I -- and he had died in France.

I didn't know what to say...I think I was afraid she might start crying. But she seemed not to mind talking about him and she showed me her engagement ring  -- a round amethyst circled with pearls. She said her fingers had grown so knobbly with arthritis that she couldn't get it on anymore so she wore it on a chain around her neck and inside her dress. 'Next to my heart,' she said. 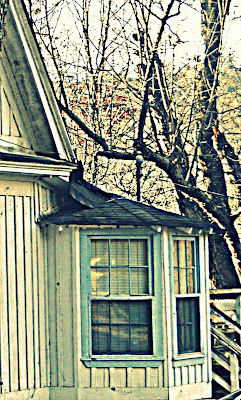 When I went home that evening, I asked my mother why Miss Annie had never married.  Mama smiled.  'You're not the first to wonder. According to your grandma, Annie could have had her pick of fellas after her sweetheart died. But she was independent -- Darby had that house built before he went off to war and his will left it to her along with enough money that she didn't have to marry.
'It was a puzzle to everyone as the years went by -- your grandma said all the neighbors thought at first Annie was mourning Darby and after a spell, she' d have enough of loneliness and say yes to one of the men that was after her.  But the funny thing was that she never seemed really to mourn, not really. She was always as bright and cheerful as she is now. And every night  in summer, when the windows were open,  they'd hear the sound of that music box. . .
'I guess some folks mourn differently than others,' Mama said and sent me to wash my hands and set the table.
After supper that night,  I recalled that I'd left one of my school books at Miss Annie's.  Mama and Daddy and  Tommy were watching Hogan's Heroes when I slipped out of the house into the chill November air.  I hurried across the road and up to Miss Annie's porch where a lamp still burned in the window. I just hoped she wasn't getting ready for bed.
I was about to knock on the door when I heard the faint sound of the music box and Miss Annie's silvery laugh. Puzzled, I stepped to the window and looked through a slit in the Venetian blind.
I could hear the music more clearly now -- a lilting waltz -- and suddenly Miss Annie came into view --  twirling slowly about the parlor floor. Her right arm was stretched out to the side and her left was bent up as if her hand rested on the shoulder of an invisible partner.
It was so silly . . . and so heartbreaking -- this bent over old woman waltzing with an imaginary partner.  Somewhere between tears and laughter, I watched . . .
And as Miss Annie circled in front of the lamp at the window, I could see her shadow on the opposite wall . . .
Straight and willowy and graceful, Miss Annie's shadow waltzed in the arms of  the shadow of a tall young man. And the music played on and on . . . 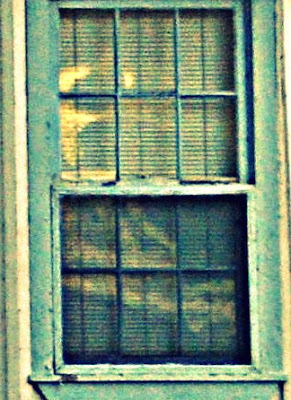 That is such a lovely story!

OK, which one of your books had that story in it? Or did you post it here before? Tell me I'm not a crazy 78 ear old woman! I love it...it does speak to love being forever young...and then there's the hint of Cohen's song in your post title! I'm humming it along too!

Not crazy, Barb--the story isn't in any of my books but I've posted it on the blog twice before.

Well, now you better make another book with this story in it!

Such a moving story. I often think about what other single person's life is made of... the ones I meet only once in my life... I am glad you were there to speak to Charles about her aunt.

Brought tears to my eyes this early Friday morning. What a lovely memory you have of Miss Annie. Now that's a real love story to be sure.