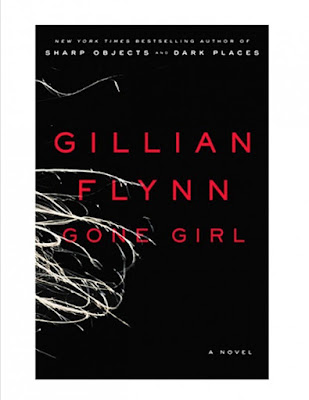 When Gone Girl came out in 2012 and was greeted with yelps of praise throughout the mystery world and beyond, I was, at that point, overdosed on mystery, having put in two terms as a reader of mysteries for the Edgar nominations, as well as having produced seven (one never published) mysteries of my own. I was also at the beginning of the very long bout of research and writing that would eventually produce my non-mystery Civil War novel And the Crows Took Their Eyes.

So I ignored the hullaballoo raised over Flynn's novel. I continued to ignore it when it was made into a movie--even as more and more people talked about it. I soon realized I was adding to the list of things many people do that I've never done-- never bowled, never watched Seinfeld, never had a mani-pedi, never read Gone Girl.

But at some point in the past year, I seem to have acquired a copy of the book.  Whether it was a loan from a friend (Louise? Allegra?) or a copy picked up at the library book sale, I no longer remember. But it still didn't tempt me. It's been languishing on my TBR pile while I've been doing a lot of re-reading--a safe bet in perilous times. I've also been busy editing for my class and for a client--a mystery novel, as it happens.

So what compelled me finally to pick up Gone Girl, wipe off the accumulated dust, and start reading? I have no idea. But I began it Thursday afternoon and finished it 24 hours later --breaking only to meet my online class, eat meals, and not much else.

The book grabbed me so hard that I spent yesterday afternoon in a kind of a trance, feverishly reading to see how it all worked out.

The plotting is brilliant--and fiendish. The characters are multi-layered, compelling, relatable, funny, terrifying, and everything in between--and beyond.

It's a masterful piece of work--not unlike the title character. But most of you probably knew that.

Oops, I don't have any good excuse...will definitely look forward to reading it!

I read it when it first came out and enjoyed it very much. I've liked her earlier books too, although they are grim. Since the movie of Gone Girl was made, she hasn't produced another book, and I'm sorry about that.She's enormously talented.