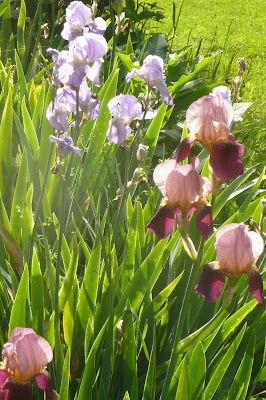 The irises are coming into their own just now. Wonderfully hardy and easy to grow, they multiply every year. Nothing seems to bother them other than an occasional slug.

Iris are named for the Greek goddess of the rainbow -- presumably because they come in so many colors. Purples, yellows, white, pinks, blues, even almost black. A true red has yet to be achieved but breeders are working on it! 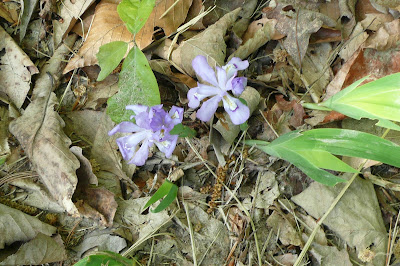 They grow wild on the slopes of our woods -- modest little lavender beauties.

But I've planted lots more 'tame' varieties. I'm not sure what this one below is -- it was a gift from a neighbor who called it an 'old-timey' iris. It's smaller than the modern bearded iris that seems to be the favorite of breeders and the coloring is subtle on those upright parts called the standards. 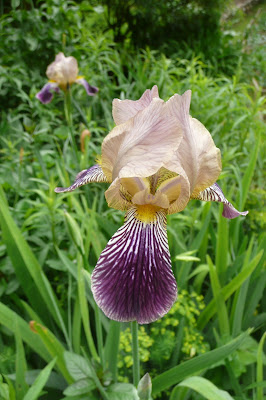 This next ruffled beauty starts out almost black, fading to purple after a few days of sun. See the fuzzy white 'beard' on the fall? 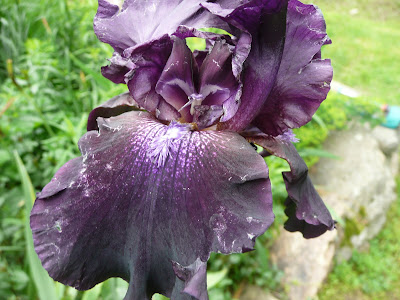 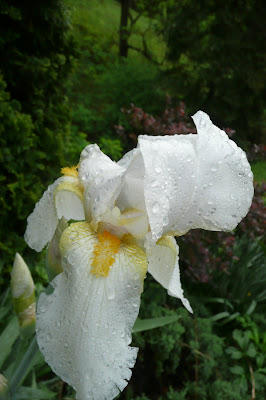 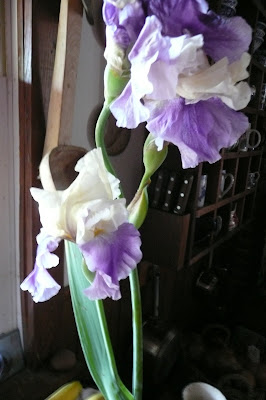 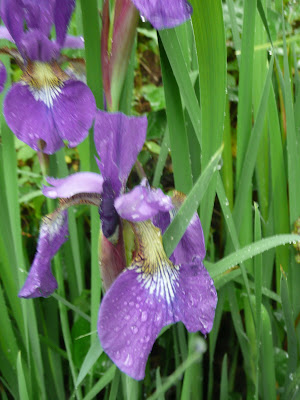 This smaller purple one is, I believe, a Siberian iris. Its leaves are narrower and the flowers smaller but they bloom profusely and multiply like nobody's business.


Commonly known as yellow flag, the iris below grows wild around here in boggy places. I transplanted some to the edge of our pond where they thrive.

It's impossible for me to pick a favorite iris -- and the Louisiana and the Japanese irises aren't even open yet! 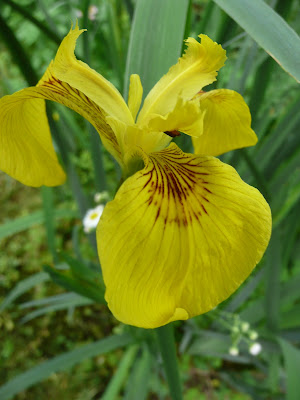 Beautiful pictures ... I love Iris, so delicate and lovely.

Vicki, I love your pictures. I attended the Iris Festival in Greeneville, TN, last Saturday - try to go every year. Very small festival but a lot of fun.

Beautiful Iris! Every year I tell myself I must plant some. I think the Siberian is my fave.

Beautiful Vicki - mine are all just about finished for another year. xv

There is something so graceful about Iris. Yours are really pretty.

I'll put up pictures of the Japanese and the Louisiana as soon as they bloom -- and all this iris love is making me think about getting some more -- I only have one Japanese iris and I know they come in lots of colors . . .

Glennis from New Zealand! Welcome to my little corner of western North Carolina!

Are there wild iris in NZ?

Gorgeous iris. When we were in France they were blooming everywhere but the prettiest ones were on the grounds at the asylum where van Gogh spent his last year. I need to plant some myself.
Sam

Sam, I'll bet you have neighbors who'd be willing to share. Iris get very crowded and require dividing now and then for maximum bloom.