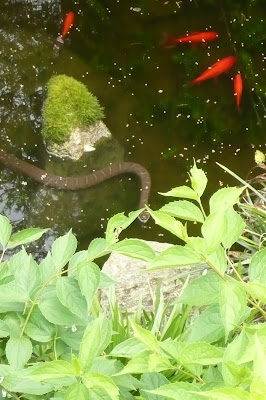 I tossed a handful of fish food pellets into the goldfish pool and one of the snakes that had been relaxing on the flat rocks at the edge launched itself into the water like Michael Phelps going for the gold. Sure that I was about to witness a Wild Kingdom moment, I started taking pictures.

(No, I didn't try to interfere and save the goldfish; if it weren't for the snakes we'd have goldfish overpopulation. It's a small pool and can only provide oxygen for a limited number of fish.) 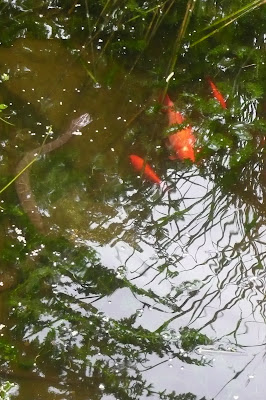 Most of the fish you see are probably too big for the snake to mess with, but there are many smaller fish -- probably last year's babies -- that you don't see -- as goldfish start out dark and only get their color slowly and in patches. When they're little and vulnerable, they stay hidden from snakes and other predators which include, I'm afraid, their parents.

It was interesting to see how totally the goldfish ignored the snake, even when it swam very close, sometimes sliding right over them. 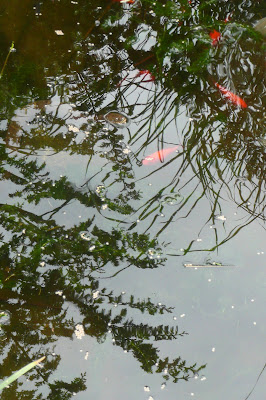 But in the end there was no murder and mayhem: the snake observed; the fish fed; and finally the snake swam back to the side, oozed up onto the rocks, and resumed its sunbath.

It seemed I had tuned into Peaceable Kingdom. 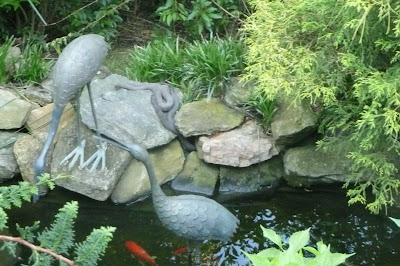