What Are You Here For? 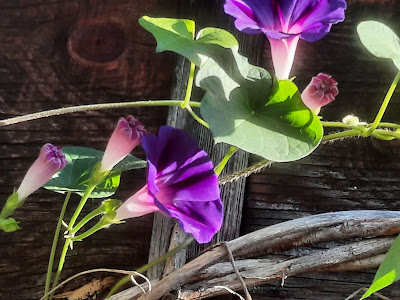 The other night a friend and I were discussing the deplorable state of the world (as one does,) and she startled me with this question: "What do you think you're here for--what's your purpose in life?" 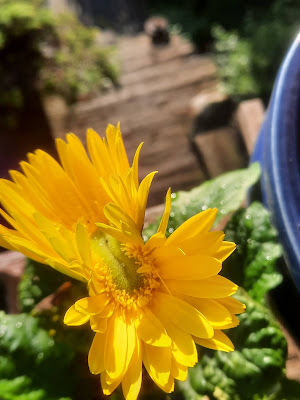 I laughed and said. "Taking care of Josie," but I knew she wanted something more thoughtful. It's a question to which philosophers and theologians have devoted lifetimes. I haven't done that--on the contrary, I don't think it's something I've ever consciously worried about. 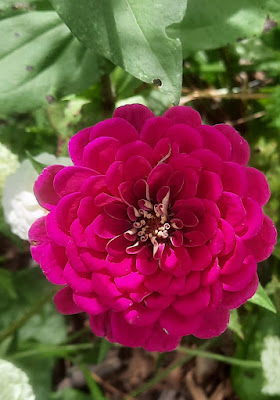 So I said the next thing that came into my mind. "Seeing things," I said. "Paying attention; taking notice. And trying, however ineptly, to record what I see by writing or photographing or painting . . .thereby paying even closer attention." 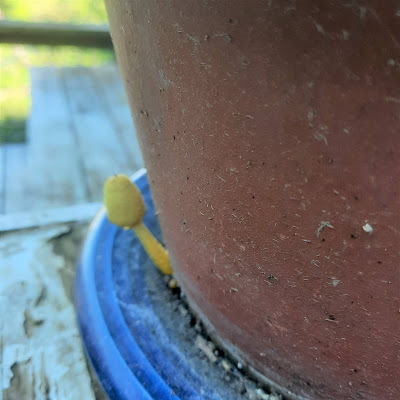 I couldn't articulate it very well--it was late and there'd been wine with dinner--but on reflection, I think what I meant was that by paying attention, I'm the figurative ear in the empty forest when the tree falls. I'm the eye that sees and loves the tiny yellow mushroom sprouting from beneath the clay pot or marvels at the color and symmetry of the zinnia at Josie's preschool and the bright white edges on the tiny curled petals at the center, or relishes the yearly appearance of the little green pumpkins that are the unripe poke berries. 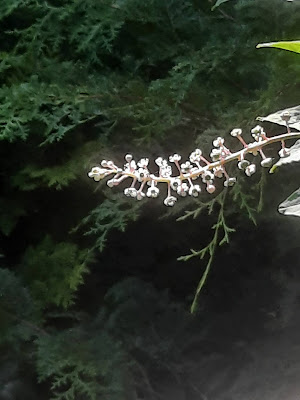 And in so doing, I'm acknowledging these things--you, there, I value you; I recognize your singularity. I'd like to think my acknowledgement somehow makes a difference to the universe--even as I realize how ridiculous that sounds in the face of climate change, Covid, and all the unrelenting sorrows of this world. The majority of the world's people are just trying to survive--they are in no position to pause and appreciate the strange unfurling of a yellow Gerbera daisy.
Still, my off-the-cuff answer makes me think of the 36 righteous people, the Tzadikim Nistarim mentioned in the Talmud, 36 unknown people in each generation who sustain the world. It's a charming and intriguing concept.
As I said, there was wine with dinner. 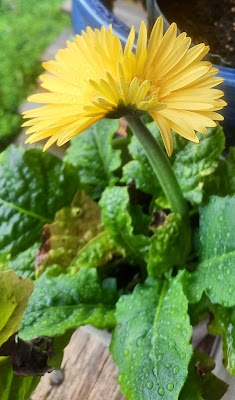 How very thoughtful. I'd not heard of the 36 people before, but think it's quite likely. Attention is definitely important! As is wine.

You did well. I'm not sure what I would answer.

Your paying of attention to things then helps others to do the same. It's healthy and helpful. We care for the things we truly notice.

Pragmatically speaking, I don't think we're here FOR anything. That implies an external purpose. The closest I can come to such a thing is that I am here to survive as long as possible and to reproduce. Of course, I can make purpose in my life, which you have so well described and attained.

Well, I went off a little there, didn't I? Seems negative, but I don't think it is or don't mean it to be. Perhaps, I need a second cup this morning. :)

Actually, AC, that would have been my first response--survival, procreation. And, with a nod to Bernie and my moral sense --doing as much good as I can. But the thing about paying attention was what emerged. I think I take the survival, procreation, doing good part as fundamental and unspoken.