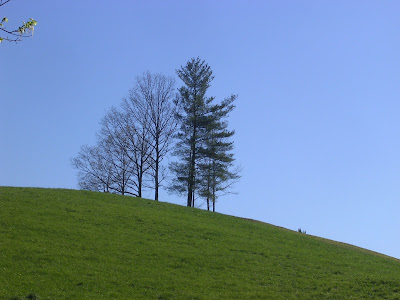 Back in 1992, preparing to do laundry, I noticed that The Blue Light was torn. Not just torn, but faded, worn thin, and its cheap poly batting is no longer fluffy. Time for an upgrade, I thought.

The Blue Light was a comforter. Almost twenty years old in 1992, it was given to us by my parents before our move to the mountains. I chose it from the Sears catalogue—a homey blue and white printed gingham check—and it was our Christmas present.

It became The Blue Light on our first winter in the mountains. It was bitter cold, and we put the new comforter on three-year-old Ethan’s bed. Our friend Betty (or Batty, as Ethan called her) who lived in our little cabin, spent several of those freezing nights with us, sharing the three- year-old’s double bed. In the mornings they would make a tent of the comforter and the morning light that filtered through was . . .blue. Hence, the name.

As Ethan and later his little brother Justin grew, The Blue Light continued its service. I’d made quilts for the boys’ beds, but TBL played many roles—a wrestling mat, a cape, and occasionally, according to Justin’s friend Josh, an instrument of terror when Ethan would roll himself up in it and slither across the floor like a giant blue caterpillar. “I was really pretty scared of him,” said an older and wiser Josh.

But by ’92 I felt sure The Blue Light’s day was over and I ordered two matching comforters for the boys’ bunk beds. Ethan was away at college and I consulted with Justin about the new bed covers—dark blue plaids reversing to window pane checks with matching shams. He approved and I was delighted to think of spiffing up the boys’ room. Heaven knows, it needed it.

The new comforters had not arrived when Ethan came home from college along with his friend Kathy. His cousin Coop, who had been one of the combatants back in The Blue Light’s days as a wrestling mat, was here too for the weekend. At dinner I mentioned casually that The Blue Light was falling apart, and I’d ordered a replacement.

“What!” exploded Ethan. “You what? You’re not throwing The Blue Light away!”

“I’ll take it if you don’t want it,” Coop interjected.

“You can’t get rid of The Blue Light,” Kathy pleaded. “I was introduced to it the first time I came here. I’d never been introduced to a blanket before. But I don’t think you’d better get rid of it.”

The Blue Light followed Ethan into his marriage. The last I heard of it, it was being used on a dog bed for their doted on and pampered pup. 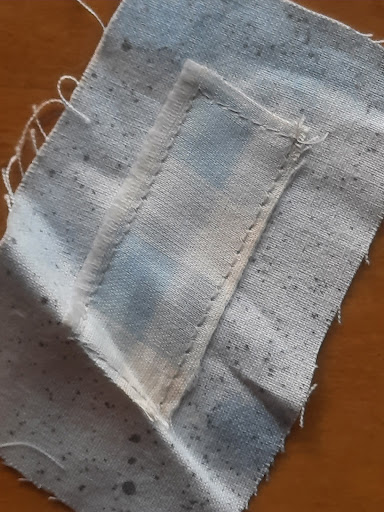 It is indeed a nice family member who is well remembered. My quilt for my youngest, made when I was unemployed probably, was given to him many years ago in his adult life...sometime when he was at least in his own home. For many years he was a wildland fire fighter, living in bunk houses or some such. Anyway, I noticed it under the big couch cushion so it wouldn't push down as easily...at least at his home before this.