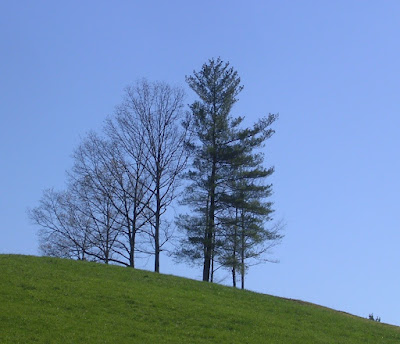 She slowed at the sight of a shiny black car  coming across Miss Birdie’s bridge. The driver, a dark-haired man who looked irritatingly familiar though she couldn’t call his name, threw up his hand and nodded before turning onto the hard road and disappearing around a curve.

Miss Birdie was sitting on the front porch in one of her red-painted rockers. Her head was bent, one hand covering her eyes, as if she were praying, and she didn’t move as the jeep rattled across the plank bridge.

Closer to the porch, it seemed as if Miss Birdie was having a conversation of some sort.

The old woman looked up as her visitor approached. “Why, honey, how good to see you. Reckon you thought I was just a-talking to myself like as if I had that Old Timers. Get you a chair and I’ll tell you what I was studying on.”

She drew a long breath and stared off across the road to the mountain beyond. “That feller was here just now. You might say he’s an old friend.”

Her wrinkled face gathered into a bemused smile. “ Yeah, buddy, an old friend is just what he is. Jay Caron . . .Jay Caron. . .that’s what he goes by now. I was saying it over and over so’s I wouldn’t forget.” Her brow furrowed. “When first I knowed him, back when I was a little un, he was Mr. Aaron, the peddler. And then, it was a few years back of this when Calven was tangled up with that no good feller his mama was living with, me and Dor’thy saw him up at that fancy place over beyond Burnsville--he was Jake Aaron then and his hair was just as siiver-

The old woman shot a sharp look at her visitor. “No, I ain’t a bit confused. When I was but little, when I was a young woman, and just now--hit’s the same feller ever time, no, not his son nor grandson. You got to understand, Mr. Aaron—Jay Caron-- ain’t like most folks. Names and looks might change but it’s still him. With him time don’t matter. He holp me out of an awful fix back before Luther and I wed and I’m right certain he had a hand in helping Calven get away from that evil feller they called Pook.”

The old woman fell silent, her eyes distant, gazing into memory. At last she roused herself and turned to speak.

“I been studying on things my Granny Beck told me many a year ago. She said that time was . . . in the old days the crossing betwixt one world and another was more frequent and seldom remarked upon. Not much was thought of it if the Little People—them the Cherokee called Yunwi Tsundi --sheltered a child for a night. . . or a year. . .  those of the other world walked among us. And a man might walk in and out of Time.”

What is this? She doesn’t sound quite like herself. She sounds like she’s dreaming or as if someone-something?—is speaking through her. Though heaven knows, some of those stories she’s told me up in the graveyard. . .I wonder. . .

“What did he want? Now I couldn’t rightly say. He’s a nice spoken someone and we had a little visit. He was asking about my arthuritis and how was Dor’thy and Calven. Just a-chit-chatting, you know. He said he’d taken a notion to see me again, something about. . .what was the word. . . mitzy ? . . .something foreign. Then he hopped up and was off just before you come, saying he had other visits to make before dark.”

“Now, I see that look on your face. Don’t you fret none—not about that feller nor about my rememberer. I know what I know and Mr. Aaron ain’t never brought me nothing but good. He's been what you might call a guardian angel.”

The old woman stood, straightening up and taking a few tentative steps. She stretched out a gnarled hand, flexing her fingers and rotating her wrist.

“What’s more, honey, I believe that old arthuritis done gone off with him. I feel right peart now.” 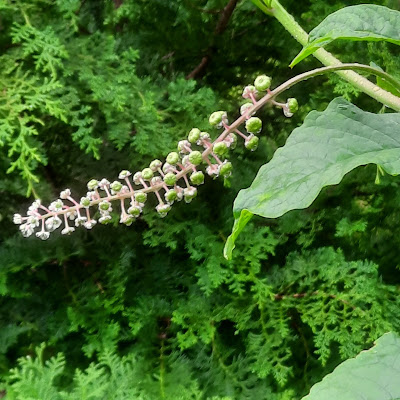 NOTE:Jake Aaron, or later Jay Caron, pops up several times in my writing. He first shows up in Lydy’s tale (In a Dark Season) as a pack peddler Lydie meets in an inn just before the Civil War.

In Day of Small Things—spanning almost a century in the telling—Mr. Aaron’s a peddler with a mule, a mysterious someone with a car and driver, and a retiree living in a gated community.

He’s in Crows—at the beginning and at the end.

And, in an unpublished short story I’ve written. he’s an artist living in present day Marshall.

And while I’m talking wo0-woo (paranormal stuff,) I’m reminded of James Suttles who makes a present day appearance in In a Dark Season and helps out Sim in Crows. Could be a descendant/ancestor thing but on the other hand . . . (cue Twilight Zone theme music.) 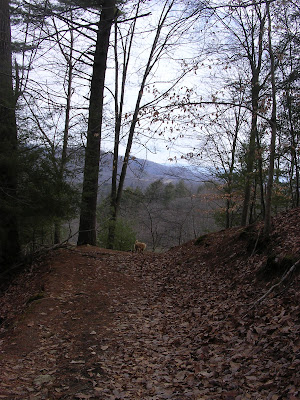 Oh, you have us hooked now. Waiting for the rest of the story.

Welcome to a good angel of a fellow...guardian or not, who helps the plot along outside of time. I am grateful that these of that kind exist, and grace us all with their touch!

I remember reading a few of those books, the ones available to me, but I don't remember much about them now, so UI can't tell you which ones.