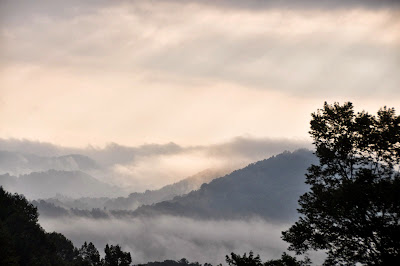 A beautiful day and time to put another batch of chickens in the freezer. John and Justin and I were joined by in the massacree by two good friends --  both of whom inspired characters in the Elizabeth Goodweather books. 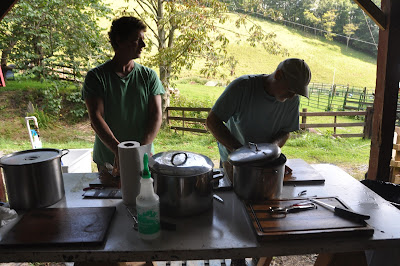 Doctor Bob lent his name to Doc Adams in Signs in the Blood and Old Wounds  while Kathy's is the voice I hear when I write about Elizabeth's realtor friend Sallie Kate. 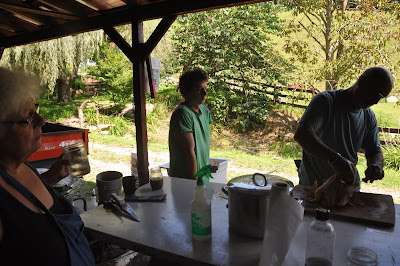 During the course of the day Justin mentioned that  he and Claui had killed several copperheads right around their house and Sallie Kate Kathy spoke up:

"I've never seen such a year for copperheads; I must have killed a half a dozen at least. Sometimes two in a day. All right around the house too -- if they're out in the pasture, I leave them alone. But a few days ago was a first. I was  working around one of the rock walls right near the house and I saw a copperhead poke his nose out from between the rocks.  Now I always keep my .22 pistol loaded with rat shot and right there on the patio table when I'm out working. But the minute he saw me looking at him , he scooted back in the wall to where I couldn't get a clear shot at him.

"I went on pulling weeds and working around, watching him out of the corner of my eye and he 'd come out a little but then if  he saw me looking his way, back in he'd go.

"I get a little closer to the wall and he's still out. So on the next pass, I don't even slow down. I just point that pistol at him, pow, pow, pow, pow, and that's the end of that snake.

"I reckon you could call it a drive by shooting." 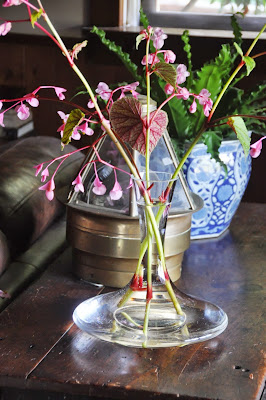 It was her or him, eh Vicki!

haha a drive by from the tractor....smiles....we had quite a few snakes here this year...

You are so funny! The story weaver in you comes forth once again! Ha ha ha ha.

The story was all Kathy's -- I just tried to remember it the way she told it -- and she told it much better than I could remember. Plus I was writing this last night around midnight and was too tired to do it justice -- I left out the hand movements that accompanied the tale.

Oh Vicki, I will try to imagine the hand movements, but have to admit that snake stories do scare me. Yes. Ever since a snake sighting one summer ages ago walking along a narrow pathway through tall grasses at Camp Pocahontas.

That snake might have been harmless, but I did not stick around long enough to ask questions.

That was so clever! I was wondering what a copperhead was, until I got to the end. In New Zealand we have no snakes, which is so fortunate.

I should have made it clear at the beginning, Juliet. Sometimes I forget about readers from away. Copperheads are poisonous snakes. Their bite is rarely fatal to adults but so painful that the victim may wish it had been.

I generally leave snakes alone, but copperheads? We were just talking about them in Burnsville, how they aren't seen very often locally. I guess you have to look under the right rocks. I was surprised to learn your garter snakes are copper colored, when one surprised me on a hike, but it makes sense to match the dirt.
Great story, and it's always nice to learn the inspiration for your characters.

That definitely gives drive by shooting a whole different twist.

We have small, easily frightened snakes. They only come out to bask, slightest shadow and they are gone. I can't even imagine a critter like a copperhead in the garden!

Your story was great!