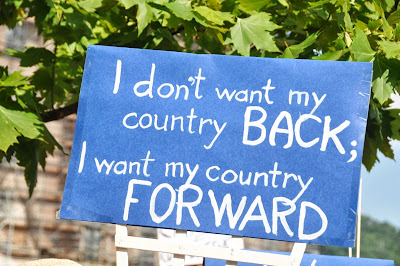 Moral Mondays are the liberal/progressive response to the recent dire excesses of the Republican controlled North Carolina legislature.  There have been multiple Moral Monday demonstrations in Raleigh, the state capitol, and now the the legislature is no longer in session, the demonstrations have gone on the road. 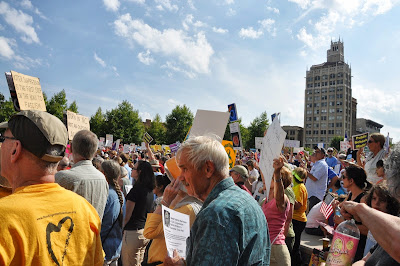 An  estimated eight to ten thousand folks showed up in Asheville yesterday, toting signs that addressed many of the concerns raised by recent bills passed -- bills that would put new restrictions on abortion clinics . . . 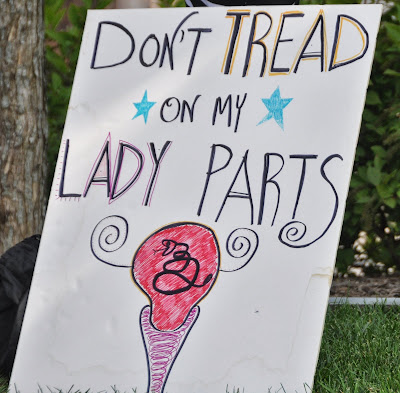 There's so much to be alarmed about: a budget that denies our teachers raises (while the governor's cabinet all got raises,)  a move to take control of Asheville's water system away from the local government, laws that make voting more difficult, a green light to the potentially devastating practice known as fracking . . . .  the list goes on and on. 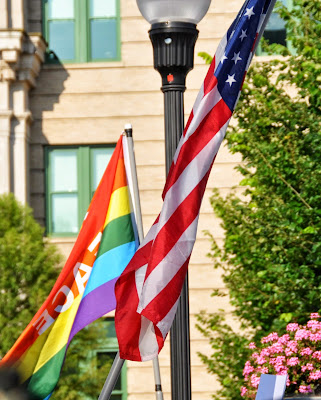 Here's a link that includes excerpts from the powerful speech by the Reverend William Barber, head of the North Carolina's NAACP (the historic National Association for the Advancement of Colored People. 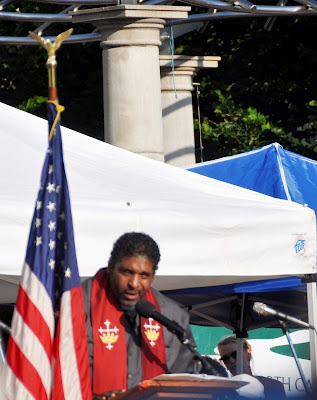 The crowd was a wonderful, diverse bunch of folks. There was singing, much of which hearkened back to the civil rights movement. ("I didn't think we;d have to do this again, said another white-haired woman at my side.') 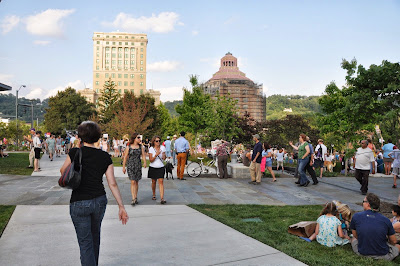 So much happened so quickly in our state government that  many of us are still reeling in disbelief.  "They did WHAT?"

But there's a change coming . . . so many different groups gathering with various causes but united by a common interest -- to vote the right-wingers out. 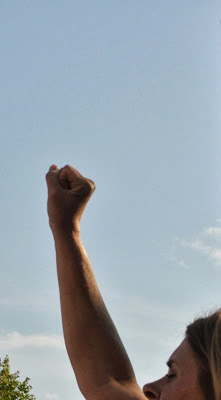 It felt good to be a part of what I hope will be the beginning of a turn around to take our state back to the progressive side of history. . . 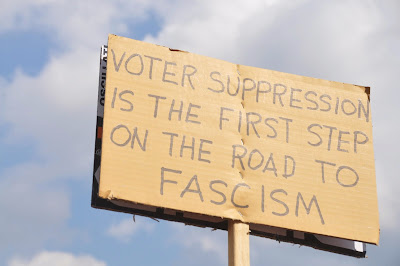 Here's a LINK to a web album with lots more pictures and lots more signs. 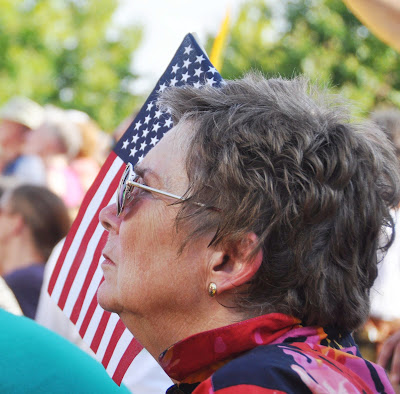 It is to take seriously and I think the same problem is unfortunaly looming everytwhere.

What's happening to us, Vicki? These are troubled times indeed. Fracking has raised its ugly drill-head in this country, too.

good on them for getting out there and using their voices....there is change coming...i can only hope...and perhaps it will spread across the nation....

Good on you, Vicki. I'll show up, too. I'm thinking the moniker needs to be changed to "fright-wingers" anymore...

And best of all, the protests are becoming movements to help people register and get new ID cards for voters. Say something and do something will make a difference.

Hey Vicki, I've linked my blog to yours, sorry to have missed you, we were standing on close to the same spot once. It was a great demonstration of what we are like when we gather out of the hills. Here's my post. http://blackmountainbarb.blogspot.com/2013/08/mountain-moral-monday.html

I have tears in my eyes reading this because I didn't think we would have to do this all over again either. I am so happy though to know that the people of your state are doing something. You are right, the takeovers are happening so fast, it's scary. I will check out the blogs of those that made comments above. I think all of you need to know that you have friends who support you.