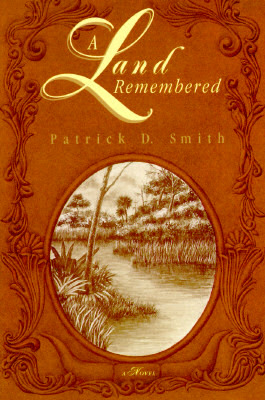 Thanks to Patrick D. Smith's A Land Remembered, I spent most of yesterday wandering through the Florida of long ago -- a Florida without high rises, condominiums, traffic jams, air conditioning, or Mickey Mouse. It's a Florida of open ranges and wild cattle, river boats and ox carts, hardy men and women known as Crackers, and hardy horses called Marshtackies. It's a Florida, bits of which were still in evidence when I was growing up in the Fifties, and even more bits of which seem to be lurking in my genetic memory. 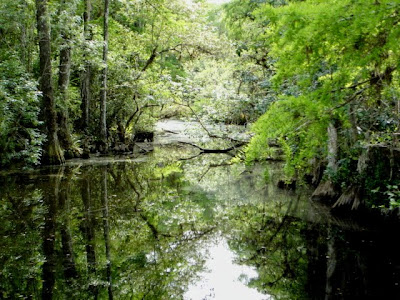 Smith's book traces the fortunes of the MacIveys, a mythical pioneer family that came to Florida from Georgia in hopes of avoiding being caught up in the conflict of the Civil War.  Frustrated in their attempts at farming by the poor soil and the wild creatures that destroy crops and kill livestock, the MacIveys begin rounding up wild cattle to take to the ports and sell. Smith paints a vivid picture of the cow towns and the lawless society that flourished at the time, as well as a bitter-sweet evocation of the natural beauty and rich wildlife of the yet unspoiled land. 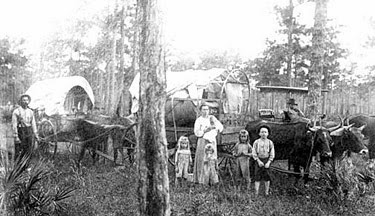 We follow three generations of MacIveys through hard times and better times, cattle drives, growing success, the coming of orange groves and railroads, and through it all, the close ties to the land and the acquisition of more and more of that land. 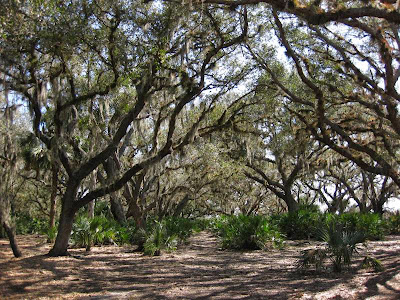 The MacIveys are iconic rather than deeply realistic -- they serve as the vehicle to impart Florida's almost forgotten past. Still, I felt that I recognized these people -- just as my Miss Birdie is an amalgam of several women I knew, the MacIveys encompass many varied experiences.

The book is a terrific read and a painless way to learn some history.  In fact, a bowdlerized version is used as a text book in some Florida schools.

Florida's rowdy past may be a surprise to many. Nowadays, Florida is synonymous with sun and sand and Disney, with retirees from the North and urban sprawl and too many people.

But before that, and not so long ago either, Florida was a wild land of swamps and prairies and oak hammocks, of cowboys and farmers and outlaws  -- a land every bit as wild as the Wild West. 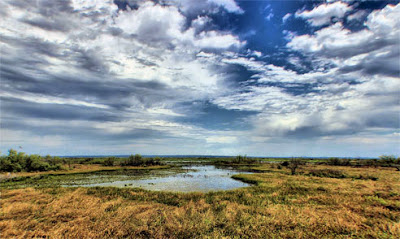 I always felt I was born in the wrong time. However, I can't imagine not having AC, even though we didn't use it much when I was young, we used an attic fan.

I never suspected that Florida was as described here. The oldest "history" I ever associated with Florida was Tampa's Gasparilla Days!
You piqued my interest so greatly, however, that I've ordered the book!

I am just wondering where we would have to escape these days? :-)

I should have noted that none of the pictures are mine -- if you click on them, you'll see the source.

YEA! I have always thought you would love that book! I LOVED it, read it years ago but never forgot it! You know the author is originally from Mississippi.XO

Oh goodie, will have to read this one for sure! Lived in FL (years but not while you were there) and loved old stories (as you probably already guessed) that bring the lives of the pioneer people to mine.

pretty cool...i lived in florida for a few years...lovely place...there are still some pretty wild places down there so i can only imagine...sounds like a cool book...

I have often wished I could have seen Florida when she was still a virgin forest, when the cypress were still standing.

I want to read this book about early Florida. My family settled in Florida in early 1800s and scattered all over the state. My gg grandfather fought in the Civil War and his wife kept the farm going along with their children and one black woman who is a part of our family history, while he was captured and in prison until the end of the war. Then he walked,hundreds of miles, all the way back home to Crawfordville, Florida. I have always heard of the wild Florida no one knows about so I want to read this novel. Thanks for sharing, Vicki.