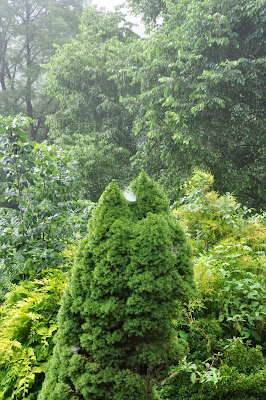 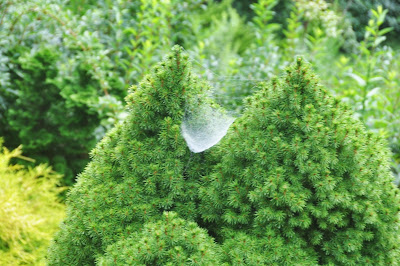 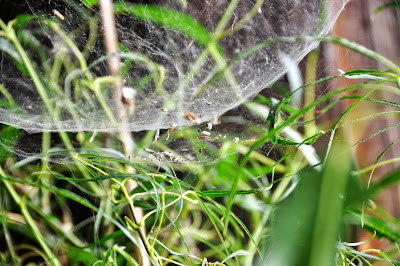 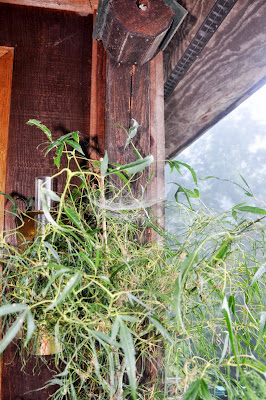 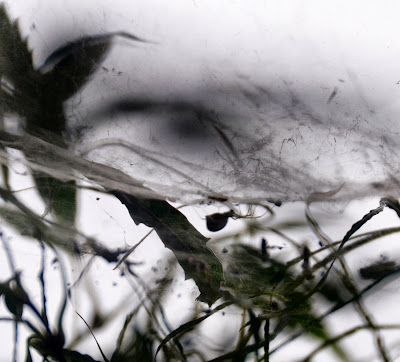 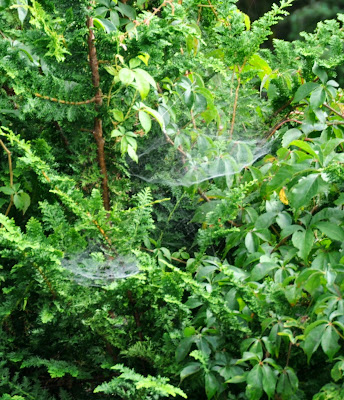 Email ThisBlogThis!Share to TwitterShare to FacebookShare to Pinterest
Labels: spider

I think they're webs. Faeries would probably steer clear of them for fear of being devoured by a spider! But...maybe the faeries are friends with some of the spiders, so, on second thought, perhaps some of them are faery hammocks.

A reminder not to mess with the occupants...

I'll show these photos to my granddaughter. She will love to see fairy hammocks; such a lovely concept.

Fairy hammocks for sure : )

I hve never seen spider webs like these. I think we have different spiders here in my country. In autumn we have a lot of beautiful webs, especially when dew drops create glistening jewels all over them..
Have a great summer day, Vicki.

I have a vision of a poor fairy stuck in a sticky web, lured by the idea of a nap. My concept of spiders has been shaped by literature. First, there was Charlotte's Web - and who could not love a spider after that? But then there was Shelob's lair. I'm conflicted. ;-)