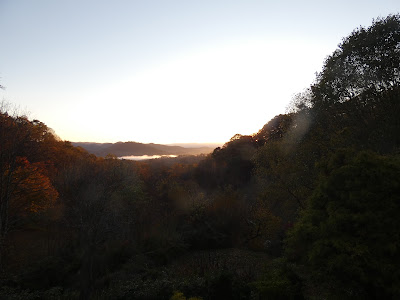 Since at least two of you have been waiting with bated breath, here are the answers to yesterday's puzzler.

A Korean from the hill country, known as Highland Park.
Park being a common Korean name, like Kim and Moon.
And the complicated one:
As soon as Mick Jagger finished singing the words "They can't say we never tried," former astronaut and senator John Glenn began screaming, More 'Angie', not only asking for an encore but a repeat performance of the same song. Next to him sat former Bono spouse Cher, who thought she had seen a ghost on stage (just Keith Richards) and screamed out as if in a cartoon, "EEK!" And so she never heard John say to her with a wink, "It never hurts to ask".
There are so many brands of Scotch with Glen in the name that poor John Glenn gets called into use fairly often for John's gifts. Or the quirky pianist Glen Gould. I didn't know the song 'Angie', but the advantage of group solving is that someone did.
So far, we have Glenmorangie--a favorite of John's. But what's with the Bono spouse? I was thinking of the one-name Bono but it turned out to be Sonny. So, Cher says Eek. And the last word is ask. Yielding, (drum roll), Sherry Cask--the particular variety of this Glenmorangie.
I, too, gave John a bottle of Glenmorangie. My clue was different. It involved Angela Merkle in a valley (glen) dealing out discipline to an ecstatic Boris Johnson and B.J. shouting out, "More, Angie!"
Yes, this is our idea of fun.
at October 24, 2022

What a hoot and a holler! Glad I'm not part of a family that knows all those clues, because I am completely clueless! But I do like scotch (if I remember right my bar visiting days of young adulthood.)

These were fun, although I never would have gotten the on my own.