The Idea of Justice

The not guilty on all counts in the Rittenhouse case just doesn't feel like any kind of justice. The letter of the law may have been followed but to my non-legal mind, seeing that person walking free is a mockery. There needs to be accountability. It's uncomfortably like the old joke about the fellas who killed his parent and pled for mercy because he was an orphan. It also raises a number of questions of my mind.

The first is: How would this case have played out if Rittenhouse had been a Black teenager, carrying a gun and feeling threatened? I suspect there would have been no case as the police would have shot him right away rather than ignoring him as they did at first.

The second question: What about "the duty to retreat" that I was taught in concealed carry class?  And I seem to remember that it wasn't legal to kill in defense of property. No shooting the fella who's making off with your TV. Which would mean this young vigilante had no reason to be there defending others' property with his big gun. But maybe that's just in North Carolina--gun laws are different in every state.

Third: As the Right turns this sniveling little punk into a hero (truly worthy to be an intern to the likes of Gosnar, Cawthorne, and Gaetz) will we see even more gun-wielding teens, chaos tourists looking for thrills? Anti-abortion vigilantes in Texas, hunting down women suspected of seeking to terminate a pregnancy? Guns brandished freely everywhere? 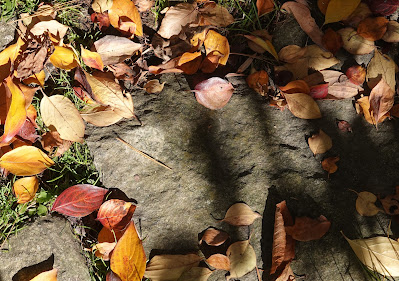 Fourth: If I were all-powerful and unconstrained by technicalities like the letter of the law (because sometimes the law is an idiot,) what would be my judgement? I believe him when he says he feared for his life--he was in way over his head and that gun he was carrying offered a quick way out. But, considering that he put himself in that situation, I'd have to rule that he deserved a punishment. Yes, his victims put themselves in their situation also. But, boy, were they punished.

I think I'd be tempted to mandate that he enlist in the Marine Corps for a four-year hitch. Let him play with guns and pretend to be a big man there. And when he comes out, if he does, keep him on parole for a very long time. Do not allow him to become a mascot for the Proud Boys and their ilk.

Then I think I'd go after  the gun laws. Since I'm all-powerful. 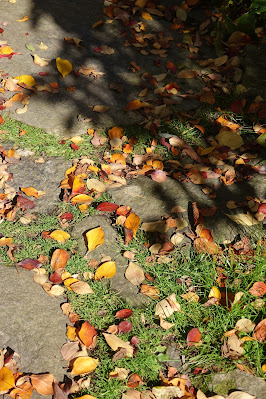 How Rittenhouse is perceived is driven by what media you consume. On the one side, here is this brave teenager, selflessly offering medical help and protecting property from lawless thugs and hoodlums; on the other, there's a gun-happy vigilante who inserted himself into a volatile situation, got in over his head, was waving around an assault rifle in a way that was threatening to others who then tried to take it away and lost their lives as a result. As a mother, I am struck by how much he was aided and abetting in this lunacy by his mother. She's got some liability here, too. As does our whole gun-loving culture. And we can expect to see a good bit more of this now, too. But the "I felt threatened" defense only works for white people.

We were wondering what would have happened if he had been wearing an Antifa shirt. How would all these proud American patriots feel about him then? This is a time of slitting your eyes, adjusting your head just right, to see what you want to see and then make a stand. Reality seems to be a joke, only perceptions and stilted opinions appear to be valid. I fear more of these kinds of outcomes in the future. We're heading for even deeper water... I've slipped back into worrying every day again. I thought our darkest days were in our past. Guess the joke's on me.

I can’t imagine him going without punishment in any other country. Mind you, he wouldn’t be carrying guns around anywhere else.