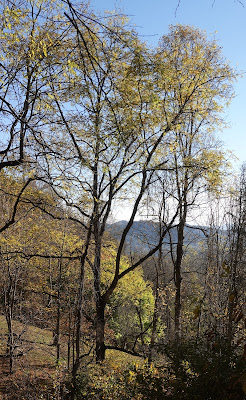 Fifty-eight years ago we were married at St. John's Episcopal Church in Tampa, Florida. John had just turned 21; I was 20. We had been a couple since 1959 and high school.
Ahead lay: a couple of years on a Marine Corps base; John on a tour of duty in Japan and Vicki back to Tampa where she taught at Berkeley Prep,  John out of the Marines and  getting his BA at University of South Florida; Vicki still teaching at Berkeley Prep and getting her MA at USF; a year of grad school for John in Iowa City; disillusionment with religious studies and a three-month motorcycle tour in Europe; return to Tampa area and building a small house on a lake in Odessa, Fla.; teaching in a new independent school (the hippie school, as some parents called it) in Tampa; birth of our first child; followed by a longing for land and dissatisfaction with Florida; a move to the mountain farm in 1975 . . . and, another son, two daughters-in-law, a granddaughter and numerous dogs and cats later, here we still are.
I think of how young and strong we were back in 1963, and how the horizons seemed unlimited. And I remember a line from Tennyson's "Ulysses."
Though much is taken, much remains . . .
Happy Anniversary and all my love to my co-conspirator and enabler. 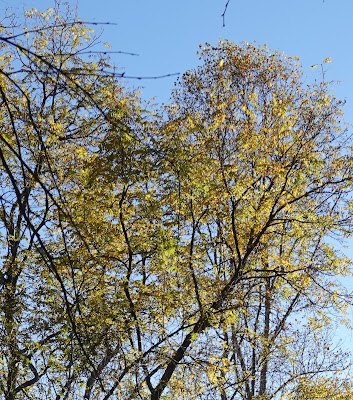 Happy Anniversary! Sounds like it has been a good 58 years!

What a wonderful concise description of your journey together! Today was my father's birthday, and Carl Sagan I think. A very auspicious day!

Congratulations! You have travelled quite an atypical road.

Happy Anniversary .....and many more!

... tho'
We are not now that strength which in old days
Moved earth and heaven, that which we are, we are --
One equal temper of heroic hearts,
Made weak by time and fate, but strong in will
To strive, to seek, to find, and not to yield.

"Ulysses" is a poem I came to appreciate only when I grew old enough to count among the "we" in age if not in adventurous spirit. When Poem of the Day e-mailed it out some years back, those last six lines unexpectedly hit me hard, and, as I sat there, the words became blurred by my tears.

From your blogs, read day by day through the years, it is clear that much yet remains. I do not "know" John, but in you, Vicki, I can still see (if you will forgive my putting it in these terms) the "hippie chick", unchanged in spirit but for your wisdom and experience, and suspect John is the same (sans the word "chick"). Unyieldingly, strong in will, you both still strive, still seek, and still find, together, in your newer world.

May you and John celebrate your anniversary today, and for many years to come, in peace and contentment.