Josie Has So Many Things to Do 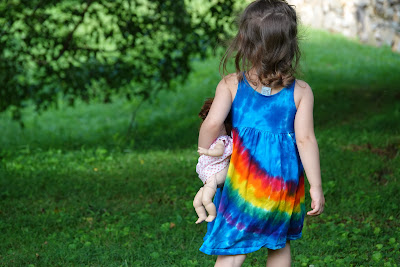 After breakfast (pancakes) we went down to the garden because Meema said the zucchini needed to be picked for goodness sake  before they got too big. I took Dolly but I put Baby in Meema's basket. She said NO when I wanted to put in some other friends and some good rocks I found on the porch. 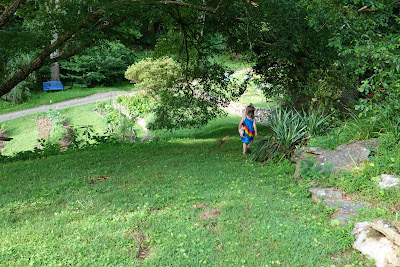 I am much quicker than Meema. 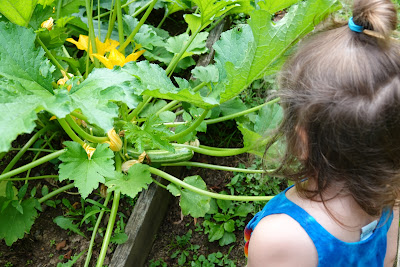 The zucchini were there all right and we picked four. One was giant-sized and Meema said she would cut it up and put it in the chicken bucket for the chickens. 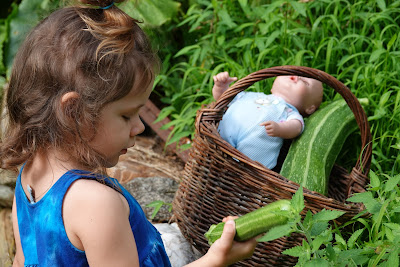 There were some nice little ones and Meema sliced up and cooked one for my lunch.  She said I was probably too little to eat zucchini but I did, some of it. I also had cheesy noodles (penne, not farfalle this time,) and some little tomatoes that I picked. 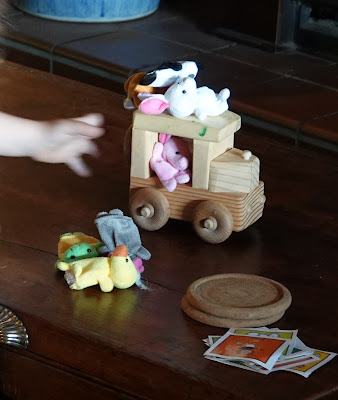 I can fit a lot of my finger puppets on this car. 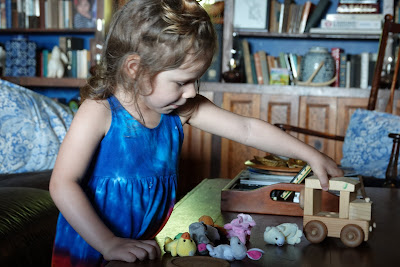 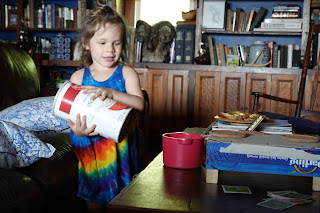 Then I made oatmeal for everyone on my stove. 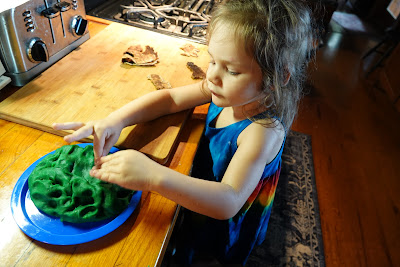 Later Meema and I made play dough from a recipe Miss Beth gave us. I helped put in the ingredients and helped stir. When it was all cooked and had cooled down, I kneaded it. This is an important part of the cooking. 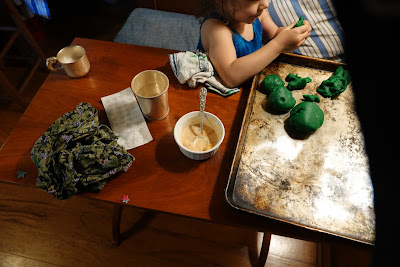 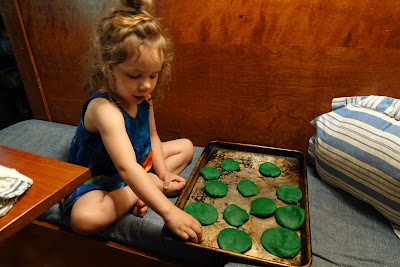 We made lots and lots of cookies and Meema got pretty good at it.

Later we went outside and I watered my scarlet runner beans and Meema's plants too. Plants have to have water, just like people.

I will be back up on Wednesday and it will be Family Dinner Up. Wednesday is my favorite. 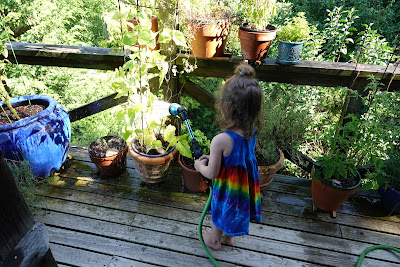 She needs her own garden basket or little wagon so she can take all her friends (and rocks) with her!

Loved her pretty rainbow dress. And a car full of finger puppets! Not to mention great play dough - I am glad your fingers didn't turn green!

Do the really big zucchinis lose their flavour or texture?

AC-The great big ones are still edible--I have cooked them hollowed out and stuffed. Or grated to make zucchini bread. But the only way John can be semi-enthusiastic about zucchini is grilling the little small ones

Sandy-- she has several little baskets-- I'll remember that next time. A wagon, alas, would be difficult what with our slopes. (She has a wagon down at her house where things are flatter.)

Wonderful that she can see where our food actually comes from and not just from a store.