Josie and the Very Ordinary Day 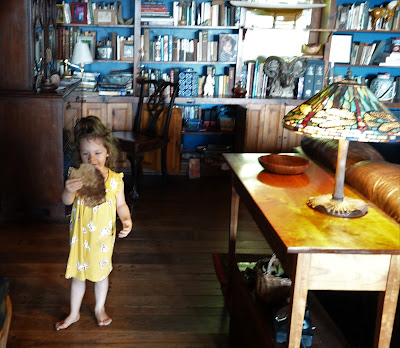 When Meema makes pancakes, which is mostly, she always makes one last big one and leaves it in the pan. She says it is for the dogs but I like to sneak and get it for myself. 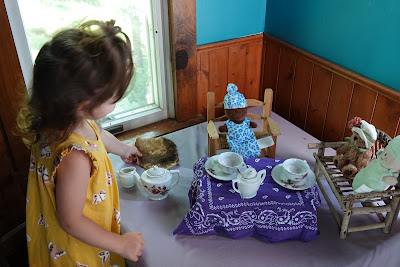 I took it back to The Room where some of my babies were having a tea party and I shared it with them. 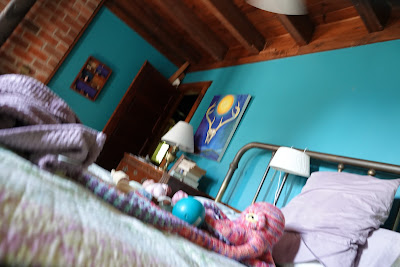 Octalia was on the bed playing ball with some more of my babies. Meema let me take this picture. 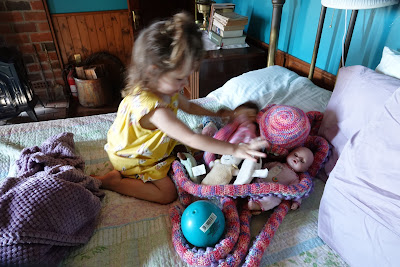 Octalia is the best babysitter because she can hold them all with her long arms. They are called tentacles and there are eight of them. 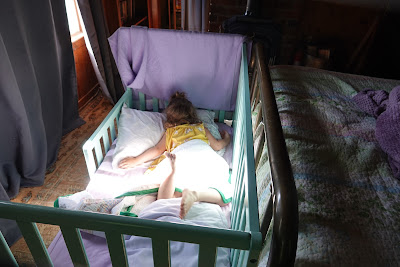 I pretended I was going to take a nap. 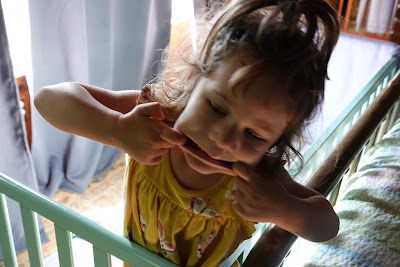 And then I surprised Meema with a silly face. 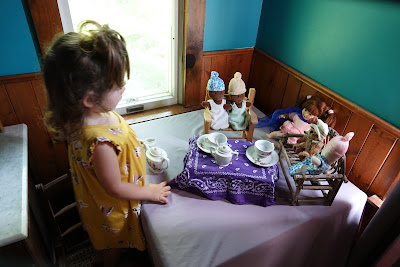 More babies came to the tea party. There was nowhere for me to sit. 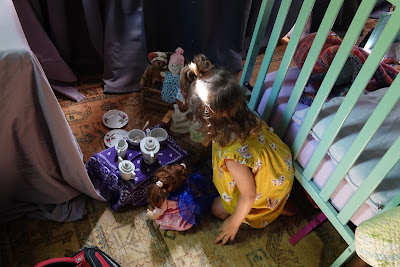 So I moved it down the the floor.

Also Meema and I read a bunch of books and played a card game I made up. I had a lot of cards but I gave Meema three. Then I said Let's share and I took them back. So I won that game.

We brushed our teeth twice and Meema got toothpaste on her shirt. I told her she made a mistake but it was okay and she could wash it off.

Later I sat with Grumpy and we looked at pictures on his computer. I told him what they were all about.

Grandparents are sometimes a lot of trouble but they are nice too. If you say please and thank you, they will do almost anything you want. 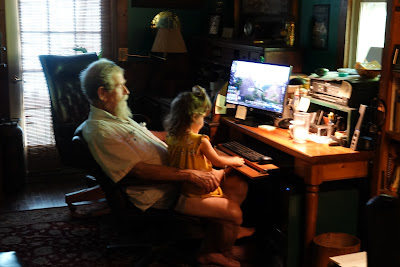 I think I was asking my sons, "What's the magic word?" until they were teens!