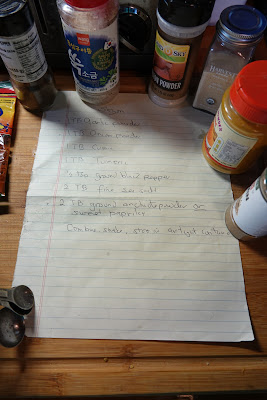 When the head guy of Goya Foods announced his whole-hearted support for 45*, many folks called for a boycott. I've always liked Goya's products but I had to think about this. Of course Mr. Goya (not his real name) is free to support whomever he likes--but does this support mean that some of my grocery dollars will end up as campaign donations to a man who has done major harm to this country--a man I despise? 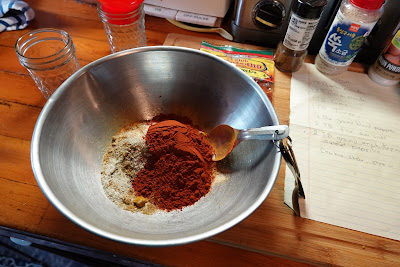 Then 45* used his presidential position and the historic Oval Office and desk to hawk Goya products. And the first daughter followed suit in her own inimitable fashion.

Done. No more Goya products for me. The decision was easy--especially as there are many alternatives to the canned beans that were the bulk of my purchases.

But what about the Sazon--the little flavoring packets that I've always relied on for Spanish Bean Soup or Arroz con Pollo or Black Beans and Rice--the foods of my youth? Would life be the same without Sazon?

Thanks as always to Mr. Google, I found a recipe that purports to duplicate the Sazon I wish to avoid.  And here it is:

Combine and store in airtight container.

Double this recipe fills a half pint jar.

Easy and cheaper than the original. 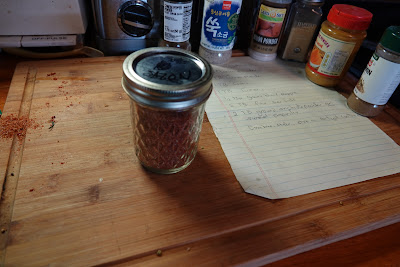 Way to go. I don't recall seeing these products north of the border.

Yes, no more Goya for me either. And, thank you so much the Sazon replacement recipe!