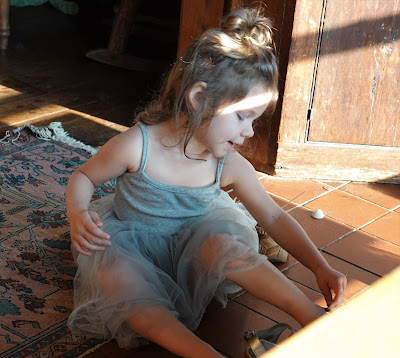 On Friday I wore my ballerina dress. 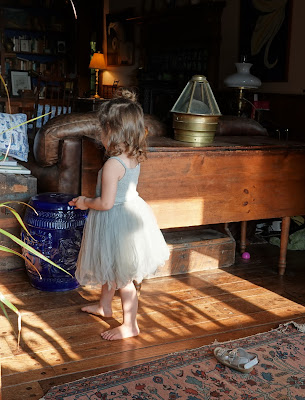 Meema said I looked like a fog fairy. I'm not sure there is such a thing but Meema said that on some mornings the fog fairies dance between the sky and the ground. 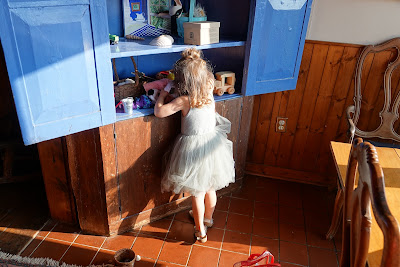 Meema says a lot of stuff. She also said the I am the Lone Re-arranger because I like like to get things out  and move them around. 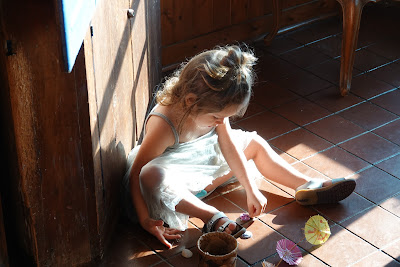 I do move stuff around but it's because the things want to be somewhere else. They tell me this. 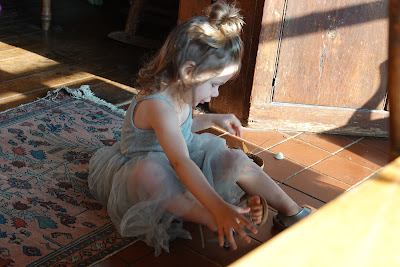 Meema said maybe I could be the Lone Put-er Backer. 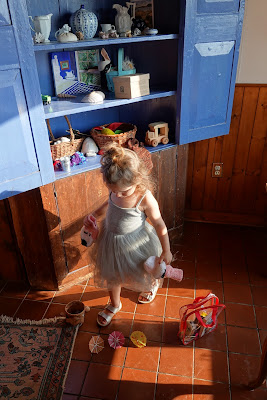 I said Maybe later but right now I have to go get some more toys out. 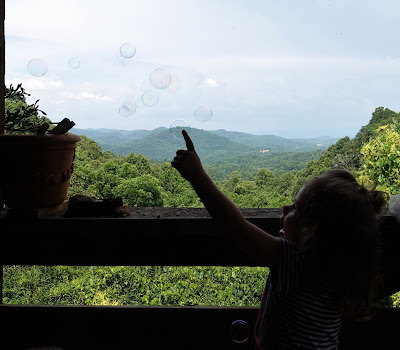 In the afternoon, Meema blew bubbles and I popped them. 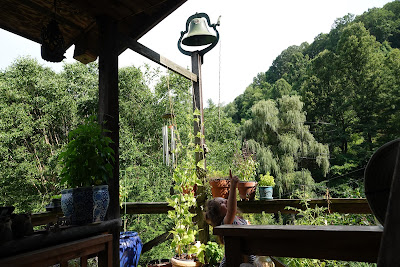 My ballerina dress had to get washed because of yogurt. But it was okay because I have extra clothes up here.  We also played a game called What are some things that start with the letter B?

We made a long list and the first word was BUBBLE. Then we did BOB and BOY and BOOK and BLUE and BUG and BAT and BIG and BRONTOSAURUS and BABY and BACK and BOTTOM and BOOTY and BUTT.  We did lots of other letters too.

We did G is for GIRAFFE and I said What about G is for JOG? Meema said J was for JOG and that words didn't always follow rules.

That's okay. Neither do I. 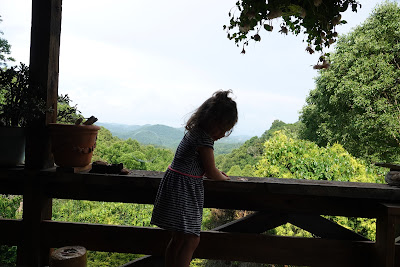 What sweet times, especially for Meema. When we come across old pics and videos, it is very special.

She is living a charmed life. I hope that never changes.

How fortunate you are to get so much Josie time and vice versa! A frog fairy? But definitely a fairy!

Only an Engish Teacher would start a granddaughter on spelling this way...and early enough that she knows already that our spelling doesn't follow the rules half the time. Such a pretty little Lone Re-arranger...who never heard of a Lone Ranger! The next generation will miss out on so many early TV names!