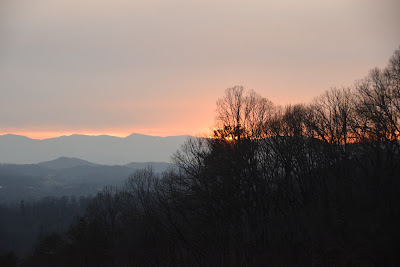 I'm trying not to let rainy weather, a bad cold, the prospect of a pandemic, and politics in general get me down. But the realization that the presidential race appears to be narrowing to (surprise) old white guys is depressing. Warren was my choice. But apparently the time for intelligent progressive women has not come. 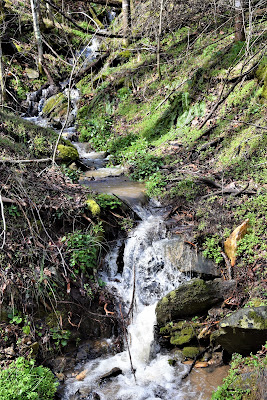 Furthermore, the vitriol produced by the Bernie Bros and their ilk is seriously annoying. Their scorched earth policy regarding Biden is, I'm afraid,  playing into the hands of the Republicans. Still, I like most of Bernie's ideas, if not his hectoring tone and finger-pointing. And if the choice is between him and the Current Nightmare in the White House, I'll vote for him.

But I am fearful that his candidacy might give us four more years of the Orange Nightmare.  Or that, should he not be chosen, many of his followers will not support the Democrat nominee. Like last time. Yes, I'm still bitter.

I voted my hopes in the primaries. I'll vote my fears in November. Blue, no matter who. And one more thing- 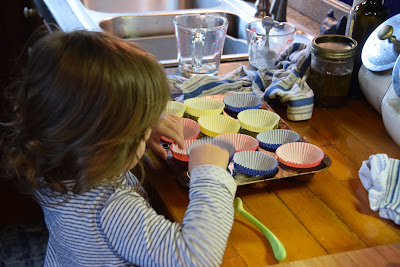 Hey, it's me Josie. Meema was getting a little upset so I helped her calm down by insisting that we bake something. (I've heard that Rage Baking is a thing for older women.) We made strawberry muffins. I put the little paper cups in the muffin pan. 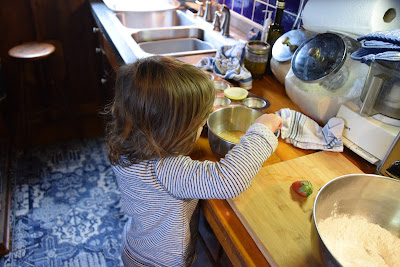 We saved three for me to take home for Mama and Daddy and me.

Meema was fixing a hot toddy for her cold when I left. I think she was calmer. I'm pretty sure we'll have to bake again though. 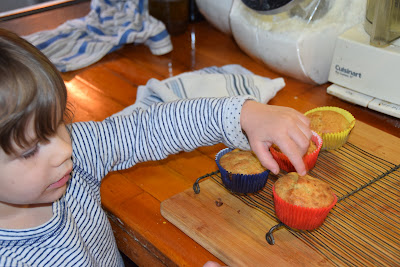 Email ThisBlogThis!Share to TwitterShare to FacebookShare to Pinterest
Labels: a little political, Josie

It's so hard to stay calm and optimistic in the current situation. At least the little ones keep us grounded. I've got my youngest for a sleepover this weekend.

Warren is impressive and would make a great president, I think.

Calm and hopeful is hard to come by these days. And I'm still bitter as well. Misogyny is alive and well.

And it's almost Spring Equinox time too. Speaking of time...'spring ahead' those clocks this weekend. Hope you feel better. It's strange to know that all my friends who voted for Warren didn't take North Carolina. Just shows what a small wedge of powerful women (and men) we are.

Baking is definitely calming, especially sweets to enjoy when they are done. Add a charming granddaughter and it will definitely life your mood. The hot toddy will help as well. Hope your physical symptoms improve. Unfortunately I don't hold much hope for the political atmosphere to change.

All these news are a little bit depressing I admit but having a kid around helps to shift ideas and handle things differently.