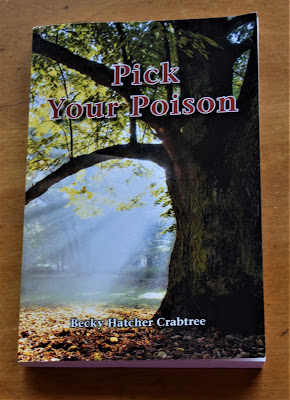 In the course of my teaching/editing, I get to see lots of books in progress. Sometimes I even get to see the finished product.
Pick Your Poison by Becky Crabtree is the third in a series that began as the result of a prompt in one of my John c. Campbell classes. (I wrote about the first two HERE.)

Feisty middle-aged Stella is battling a pipeline threatening to take part of her farm by eminent domain. (Becky knows something about this, having been faced with the same problem on her West Virginia farm.) Stella takes to a tree in the proposed route, armed with supplies for a long siege. (Becky sat in an old Ford Pinto parked in the path of construction.)

Stella's evil brother is back too, working a con on a seemingly unspecting octogenarian in a nursing home. The two storylines intertwine to reach a satisfying conclusion.

Becky has done me proud! 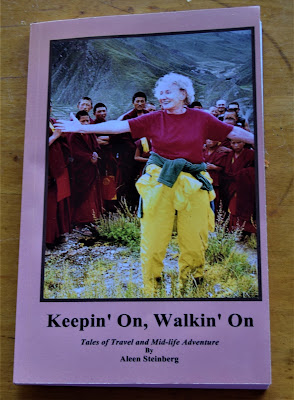 Another book I had a bit of an editorial hand in is Keepin' On, Walkin' On by my dear friend Aleen Steinberg.  Faced with a chilling diagnosis in middle age, rather than settle for life as an invalid, she began to walk. As her strength grew, she began to travel --  adventure travel that included hiking. climbing,  dog sledding, and rafting. Her fascinating tales of these travels in Nepal, Peru, Pakistan, Kamchatka, the Arctic, and Tibet are by turns inspiring and humorous.

But the hidden jewel in these accounts is Steinberg's recognition of the common humanity shared  by herself and different peoples she met. As she says, "having to be understood through gestures, the unspoken language of eyes and facial expressions, . . . at times frustrating, but always rewarding when an "aha" moment  occurred , that sudden moment when the light of understanding shone in our eyes." 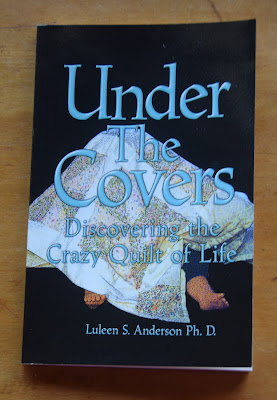 I can't claim any part in Under the Covers: Discovering the Crazy Quilt of Life by Luleen S. Anderson. (But it was sent to me by a former student at John C. Campbell who tells me:  "the chapter I started in your class (early June, 2015) is now 195 pgs and I hope to finish by year-end. Friends and strangers I meet are impressed I'm attempting a murder mystery, and I always give you credit!")

Dr. Luleen Anderson, the child of Georgia sharecroppers, grew up in poverty but was determined to be educated. A noted clinical psychologist, she is also a teacher and a writer. This collection of nostalgic essays about her early life paint a charming picture of life in small town Roberta and introduce a idiosyncratic set of characters. Funny and poignant by turns, Anderson's stories are inspiring.


And as I write those closing words, I see the common thread: Inspiring women, here's to them! 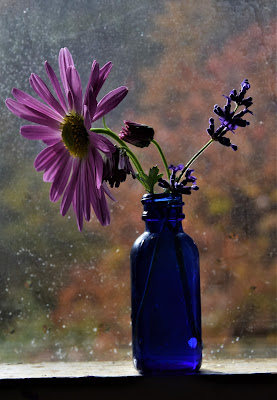 Yes. Here's to inspiring women. And a lot of them went to state and national office.

Yes! What we saw Tuesday and Wednesday were many inspiring women getting into politics. It bodes well for 2020