The Shadow -- Spreading or Lifting? 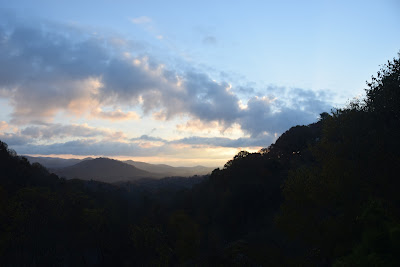 It's my habit to write these posts the day before and schedule them to post at 2 am.  It's just after lunch now and a long afternoon and night are ahead.


What will happen? Will our country plunge deeper into the dark or will the shadow begin to lift. At this point, I don't feel either hopeful or despairing. I'm just waiting. 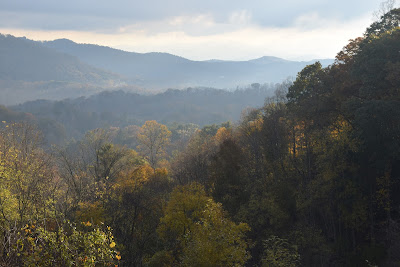 Should the Democrats take back the House, that would be a start -- the beginnings of a check on the current administration's reckless behavior. A blue win in the governor's races in Florida and/or Georgia would be inspiring. Saying goodbye to Ted Cruz is high on my wish list.

If a red tide sweeps in to drown my hopes, what then?

Then I keep on keeping on -- speaking out against 45*'s deplorable behavior, writing letters and emails to my congresspersons, sending financial support when I can.

Meanwhile, I'll be  -- not glued to the news but checking in now and then and hoping that, despite Republican  efforts --questionable purges of the voting rolls, gerrymandering, late-opening (or closed or moved or only partially functioning) polling places -- despite all this, concerned, caring, committed voters will have made a start at guiding our country away from the downward course it's been on since 45* took office.

Well I went to bed around nine and slept soundly till around 6:30. Waking to find that the Democrats had taken the House was very good. But I was sad to see that Cruz had narrowly beat out O'Rourke. And that the Florida and Georgia governor's races didn't go my way.

But change is coming -- the default mode of old, white, straight, Christian male is beginning to crumble. 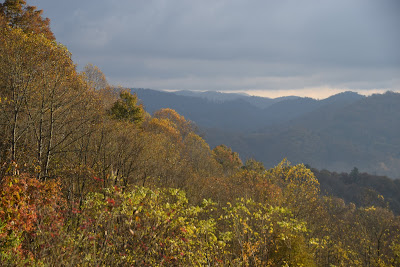 Well, they did take the house, but there were disappointments.

Yep, lots of disappointments but the House is a good start.

We flipped our district with my daughter working on the campaign team, so that makes me happy. The flipped house makes me happy. And there are some other bright spots as well to look at - voter turnout for one. So rejoice in the victories and remain engaged. I was up until 1 last night at the election party so today is going to be a slow day for me.

I am glad to hear from various friends of the international interest there was in this mid-term election. And I am very pleased at the voter turn-out. Like you, I was preparing for any results, and so I have a mixed sense of how things went...especially locally. May sanity prevail eventually.

For the first time in my memory, I did not watch ANY of the early returns. I watched videos instead and did not turn on any television. I should feel better about taking the house than I do and that's because we lost more Senate seats. I strongly believe that the biggest threat to our democracy (and there are many) lies in appointment of judges. So the effects of GOP Senate control will change our nation for years to come. And not in a good way.

Like NCmountainwoman I did not watch early returns. I used the time to clear out some of the archaeological programs on my DVR. The general good of a house win was definitely offset by the totally expected Senate results, but at least people like Chris Kobach an Scott Walker were defeated, and there was a delightful increase in the diversity of elected officials generally.

I just wish there were some way to wash away the dismal tide of racism and bullying.

Wish the old white guy thing would crumble faster - but baby steps. Could have been worse for sure -- and there are moments of joyful change!