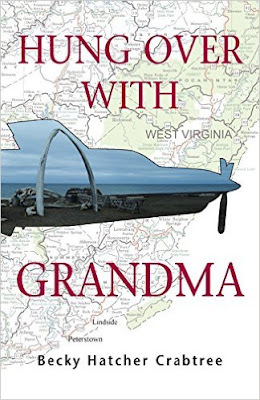 Helen on Facebook mentioned that she was looking forward to my list of books received for Christmas and I had to tell her that, aside from a very nice cookbook, I'd received no books at all ( my family suspecting that I have them all already.) Horrors!

A few days later, Hung Over with Grandma appeared in my mailbox -- sent by the author who was appalled at my lack of books for Christmas.

I have a particular soft spot for this book as the main character -- Stella, a plain-talking, no nonsense West Virginia woman of a certain age -- first appeared in a class I taught at John C. Campbell several years ago. When Becky read the scene she'd just written, it was obvious she was channeling a very real and fascinating character.

I was thrilled when Becky went on to complete and publish her first novel Drunk on Peace and Quiet and was intrigued by the fact that Becky had given her Stella an Inuit boyfriend.

And I was even more delighted when I found that this second installment in the saga takes Stella to Alaska and into the heart of an Inuit family. Beck spent quite a few years teaching in Alaska and her knowledge of the communities there is put to good use. (I had no idea of the role high school gyms play in the social life of these isolated communities but it makes sense.)

These are good-hearted, easy-going stories with an unexpected edge. It was fun to see the development of this character at whose birth I was present.

Thank you, Becky! Write on! 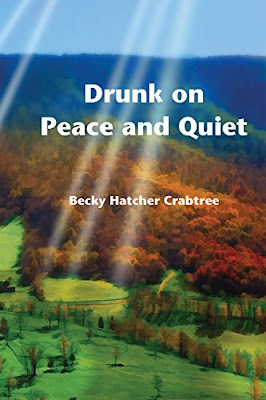 Just put book 1 on my kindle, but the 2nd is only paperback. Oh well, I'll order it shortly. Rarely see book reviews that are 100% 5 star reviews. I'm anxious to read these after I finish my current book. Thanks for the heads up Vicki! Hope you're doing better.

Pat, I'm doing well -- cooking and some sewing -- but I tire rather easily.

Oh my, more books to look for to read.
I just got the first of Terry Pratchett's writings, The Carpet People...rather fun for having been written by a 17 year old who would go on to develop Discworld.