Across the Great Lake 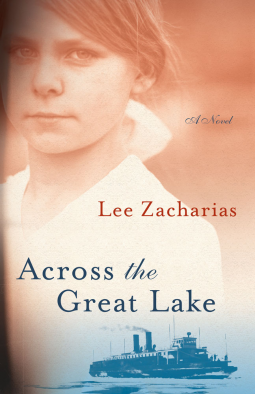 I'd been looking forward to reading this ever since last summer at Wildacres when I heard Lee read a passage from her not yet published manuscript. I finally got my copy when she read at Malaprops last week and, oh, wow, this book is a marvel -- a many-faceted jewel of a novel, an intricately layered structure set forth in elegant, crystalline prose.

"The more I relive that trip across the lake with my father that mercilessly cold winter, the less I seem to know who I am, the little girl I was then or the old woman I've become."

That momentous trip, when the five year old Fern accompanies her father on the railroad ferry he captains, is the centerpiece of the novel, with the working of the ship and the brutal winter conditions minutely observed, both by the precocious child and, in hindsight, by the old woman.

But though the focus is on this single winter trip across the great lake, Fern's recollections range farther afield and it becomes clear that the events of that winter have resonated throughout her life. Love, bravery, loss, loyalty, guilt Was I a good girl? ---  all are reflected in the inner life of the child and the backward look of the old woman. The five year old Fern and the eighty-five year old Fern are both long thinkers, prone to see beyond the immediate, to make connections and look for meanings

After her time on the ship, a time filled with peril and culminating in tragedy, the older child Fern listens to her teacher telling the story of how the Great Lakes were formed -- volcanoes and tectonic plates and  glaciers and the Paleozoic ocean of two million years ago.

"It was an interesting story but it wouldn't get you through the Manitou Passage or the Straits . . . or let you know that a starboard list coming out of port forbodes an unlucky trip . . ." and on and on Fern catalogues the things she and the sailors know, at last to conclude:

" She knew a lot, my teacher, but the sailors knew more because they also knew that no matter how much you know, your ship can go down. And land is just as dangerous to navigate, I learned, because while you are at sea, back on land your mother can drown."

This is such a rich book, such an evocative picture of a particular time (1936) and place (Lake Michigan) but, beyond that, so universal a depiction of the human condition. And did I mention the beautiful prose?

"If children think of the past at all it is as a still life, a curiosity, a tableau. It is too much to ask a child to comprehend that the world went about its business moment by disappearing moment for billions of years without her. It's the sad shock of adulthood to realize what a short blip of time we inhabit." 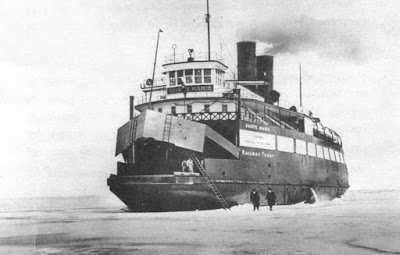