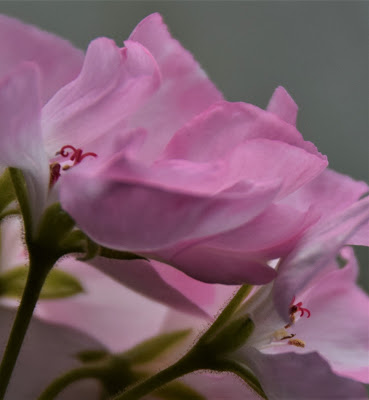 Our Thanksgiving-On-Wednesday was terrific -- so much so that we'll probably do it again next year. As long as Claui is working at the hospital, she will, of necessity, have to do some holiday shifts. And working Thanksgiving in order to have Christmas Eve and Christmas off seems like a good deal. 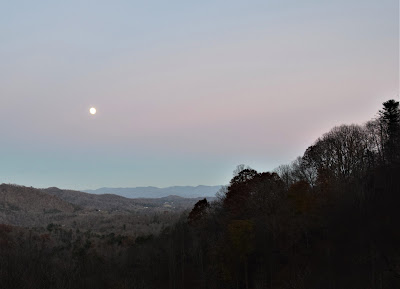 And a good deal for some of our other guests who had a second Thanksgiving dinner on Thursday with other friends and family. 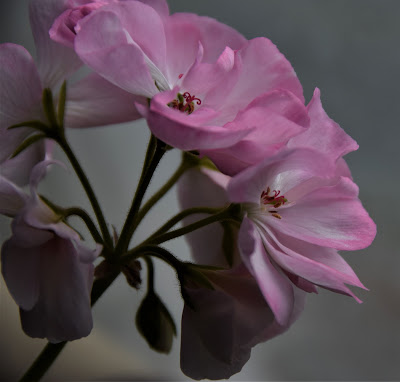 Wednesday was a fine day. I had done most of my cooking ahead and was super organized, down to a list of when to put what in the oven. But. When it was all over and everyone had gone home, I realized that I had totally forgotten to put out the almond brittle for the pumpkin chiffon pie.

No worries. Claui got off work a little early yesterday -- in time to come home and have leftovers with us. So we did, in a way, have a second Thanksgiving dinner. (Josie was partial to the gravy and the whipped cream.)

And this time I managed to get out the almond brittle. 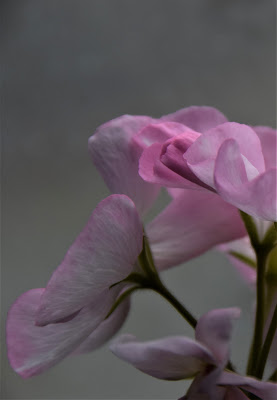 I always figured it was senseless to do all that planning and cooking and get only one big meal out of it. We also have at least one second full-on Thanksgiving meal. And I think it's sometimes better than the first.

You made a memory, sounds wonderful. xx

Love the little rose pics (?) and hearing about how well your "planned" dinner went well...I'm sure the almond bark was appreciated when served!

Since I was the only non-sports fan in the family I always volunteered for Thanksgiving and then I would get at least on Christmas Day offf. I actually enjoyed working holidays except for not being with my family. the patients always appreciated the fact we were working holidays and often we were their only “family.”