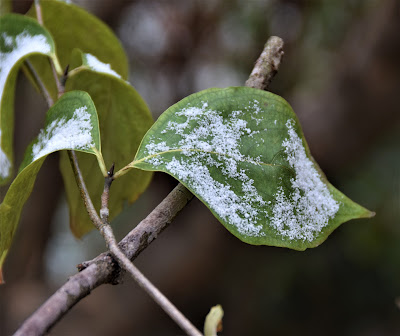 Not much snow but enough to put an end to a few lingering blooms and to make it feel like the proper season.

And for Misty, who asked, some of the recipes from yesterday's post. 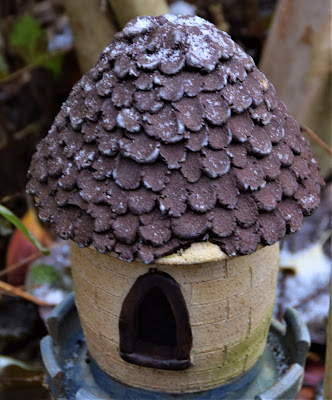 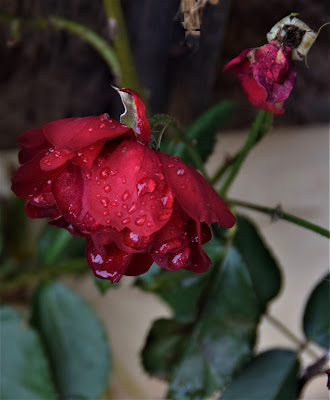 Stir in heavy skillet till sugar melts and caramelizes. Spread on greased cookie sheet. Break apart when crisp and store in airtight tin. 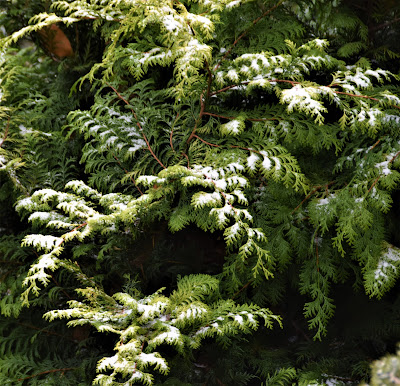 BA’S CRANBERRY GELATIN SALAD
(I know, gelatin salads are so Fifties. But this is really refreshing as a part of a heavy meal , crunchy with celery and nuts and tart rather than sweet. Ba (my grandmother) served it with a dollop of mayo -- which I still like but usually forgo because calories.)

Soak gelatin in cold water for 10 minutes. Dissolve in boiling water then add sugar, salt, lemon juice, and pineapple. Allow to cool but not congeal. Add cranberry sauce, stirring thoroughly. Add celery and pecans last pour into mold which has been rinsed with cold water and not dried. Chill till set. Serves 8 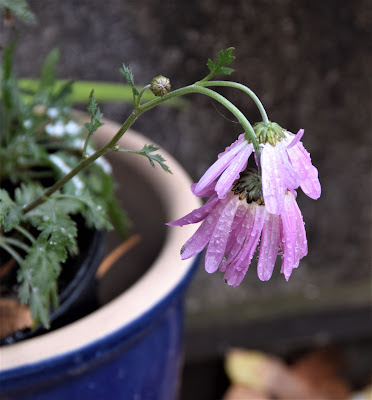 Email ThisBlogThis!Share to TwitterShare to FacebookShare to Pinterest
Labels: recipes

That's the same pumpkin chiffon pie recipe I use except for the almonds. I have found that really fresh eggs make a difference.

We have fresh eggs, by golly!

thanks for the recipes. I feel famous being mentioned on your blog!! What an honor!!!