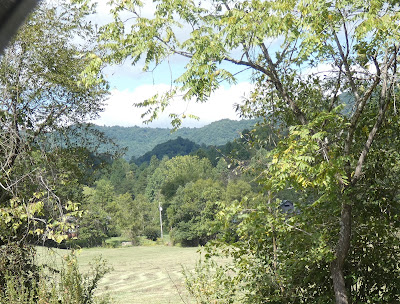 One of the views from my reading room. 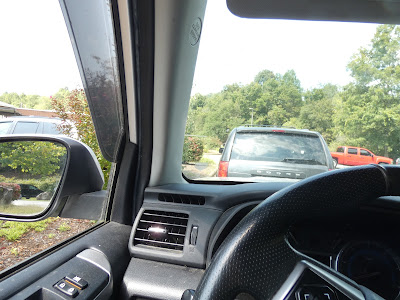 This is another--waiting to pick up Josie. On this day I was third in line--all it took was leaving the house at 12:45. (School is out at 2:45 but it's usually 3 before the children are escorted out to the cars.) 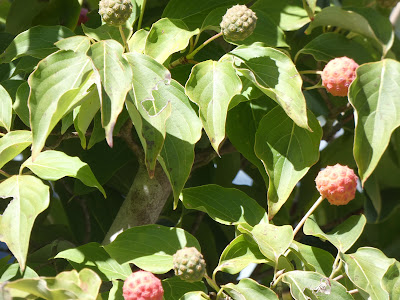 It could be awful but it's not. It's an almost two-hour block of uninterrupted reading time. The past two days, the air has been fragrant with the intoxicating smell of new mown hay (see first picture.) 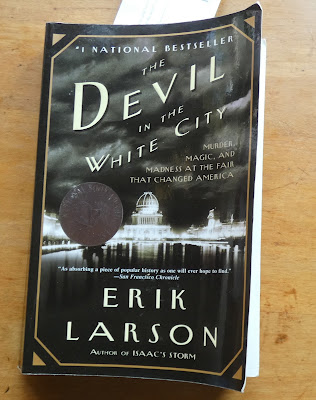 Freed of distractions, I can really concentrate. I managed to read a book I just couldn't get into some years ago, despite its incredible reviews.  The meticulously researched story of the Chicago World's Fair of 1893 is alternated with the also meticulously researched story of a serial killer who picked his victims from folks (mostly young women) in town for the fair.
It was a beautifully done rendering of a time and place--but I had the uneasy feeling that I was hurrying through the welter of detail about the fair to get to the 'good parts' about the serial killer. It made me a little ashamed of myself for such a prurient interest.
Next up--Lies My Teacher Told Me--Oh, boy! Eye-opening critique of traditional history books as used in American schools. 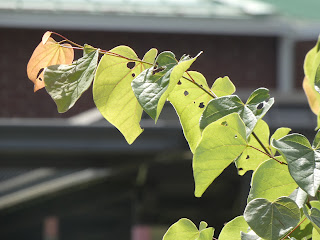 Email ThisBlogThis!Share to TwitterShare to FacebookShare to Pinterest
Labels: book, The Devil in the White City

I have probably said this previously, but a long airing time like that wouldn’t work well for much of the year in Canada with our long and cold winters.

I read Devil in the White City years ago when it came out and found it fascinating. Still have it around here somewhere.

Glad to know waiting moms (and grans) get to have some reading time while waiting for their chicks. I'm again wading through another Amor Towles book, my second try at Rules of Civility...couldn't make it through the Lincoln Highway. Just too depressing for me.

Did you ever read Adam Selzer's H. H. Holmes: the true history of the White City Devil? He makes what to me looks like a compelling case based on contemporary records that, while Holmes certainly committed murders and was overall a despicable character, the story of his "castle of horror" during the Exposition has little to no basis in reality, and that other aspects of the tale as it has come down to us rest on at best shaky ground. Might make a good book to read in tandem with Devil in the White City. Or possibly not, since I confess I haven't read Devil.

Have not read that--sounds interesting.