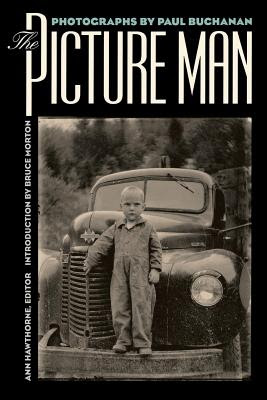 "The Picture Man was Paul Buchanan (ca. 1910-1987), an itinerant photographer who, on foot, on horseback, and by car, wandered four North Carolina mountain counties from 1920 until about 1951. He had stopped making pictures for more than thirty years when Ann Hawthorne, a photographer living in the mountains, heard about Buchanan and went to see him. He told her stories--many of which are transcribed in this book--and showed her some of his negatives, which were filthy and, she thought, unprintable. Hawthorne cleaned them up, though, and discovered a splendid photographer. Buchanan didn't think of himself that way; he took pictures because it paid well, and he was a professional who took pride in what he did. Buchanan worked during years when the mountains were still relatively isolated and when many outsider photographers tended to stereotype the people who lived there, posing them in homespun instead of their new store clothes, for instance. Buchanan, born and raised in the mountains, never did that. These photographs are posed pictures, but the subjects did the posing. They chose what to wear and how to stand. In Paul Buchanan's pictures, then, we have a pure record, a gifted photographer's portrait of the people as they saw themselves. from Bruce Morton's introduction 'If I did take them,' Paul Buchanan said, 'they're good pictures. Good and plain.' They are that, but they are something more as well. They are history, or some of the stuff that history is made of: a few more pieces of the quilt that is our memory, that tells us who we were and who we are." 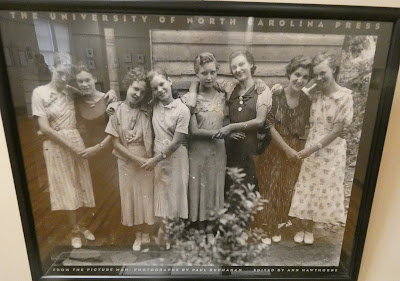 There is a fine exhibit of Buchanan's work at the Yancey County Public Library in Burnsville, NC.  I was there last weekend participating in the Carolina Mountains Literary Festival. The Saturday morning workshop I facilitated was held in the library, and I had an opportunity to enjoy these amazing photos. Each one tells/suggests a story. 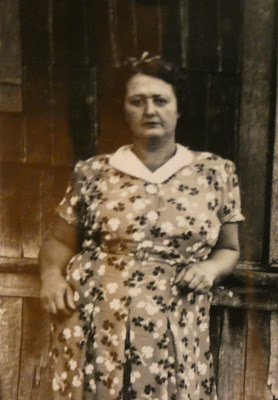 This woman makes me think of the saying "beats bears with switches." She looks tough and no nonsense but she donned her good dress for the picture. 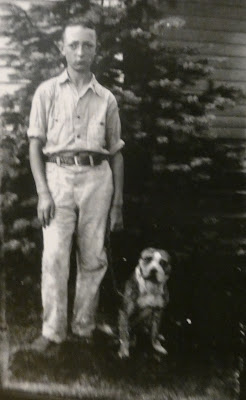 I can't resist this dog. 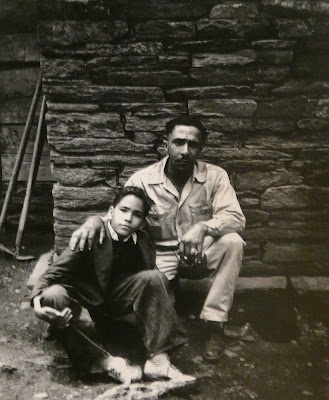 Father and son--I love the hand on the shoulder. 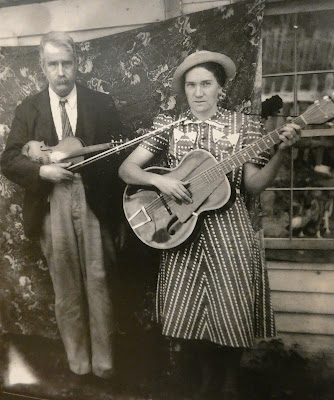 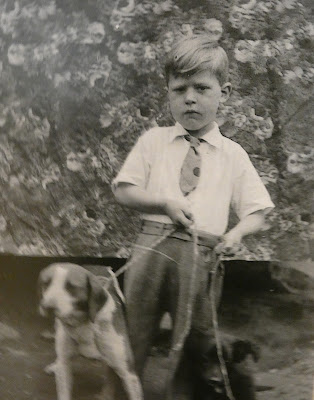 Serious little boy and his dog makes me think of Jenny. 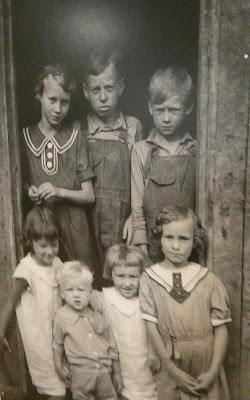 Yikes! That's quite a family. 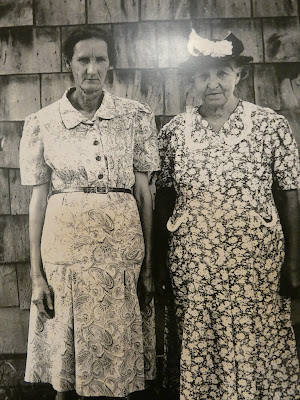 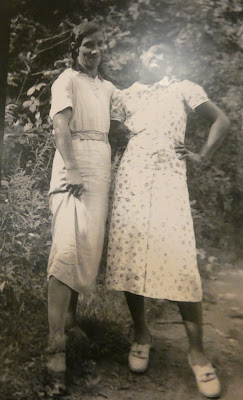 Unlike this sassy duo who are clearly having a good time.
I'd like to know about the dynamic behind these three. 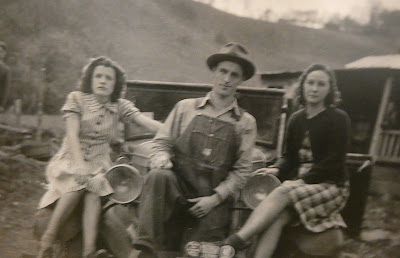 I think in the last photo the women are just wondering if they're going to fall off the jalopy. Interesting photos all.

That’s a most interesting man and his photography that you have uncovered..

I loved seeing these folks in their Sunday-go-to-meeting clothes. So serious. Nobody told them to smile at the camera!


I am fascinated by these photographs…. So many untold stories.

What great photos. I often wonder what I should be taking pictures of now to document our era. But I rarely take people shots and I guess in the end that's what is going to most interesting to a future historian.

Nor do I take many photos of people (aside from Josie.) I'm too shy to ask for permission--plus I prefer unposed shots.