Bingeing on Russell and Holmes 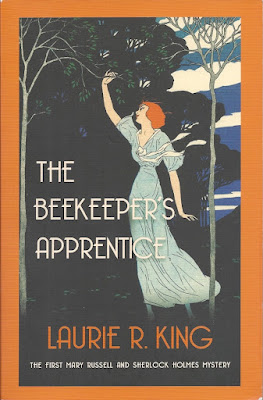 Years ago, when I learned that Laurie R. King and I shared an editor, I quickly purchased her first book--The Beekeeper's Apprentice--and fell in love with her writing. And bought copies of all her books at the time. These books survived the Great Purge because they are books I've read and re-read.
The beekeeper is a semi-retired Sherlock Holmes, and the apprentice is the teenaged Mary Russell, whose intelligence startles and intrigues Holmes to the point that she becomes his apprentice and, eventually, his partner. 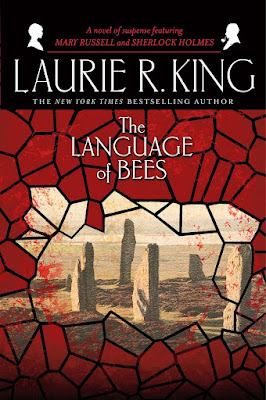 The series is wonderful--rich, intelligent writing, complex characters, intriguing situations, exotic locations (Jerusalem! Japan! India! Oxford! Transylvania! Romania! Morocco! California!) and all backed up with King's own formidable knowledge of the Holmesian canon as well as the literature, social scene, and history of the time (early 20th C.)
The series in order:
The Beekeeper's Apprentice, Beekeeping for Beginners (e), A Monstrous Regiment of Women, A Letter of Mary, The Moor, O Jerusalem, Justice Hall, The Game, Locked Rooms, The Language of Bees, The God of the Hive, Pirate King, Garment of Shadows, Dreaming Spies, The Murder of Mary Russell, Island of the Mad, Riviera Gold, and Castle Shade.

Recently I realized that while I'd read and re-read the first ten or eleven books, there were some more recent ones out there, unread. Time to catch up! But first I had to re-read from the beginning.
I mentioned that King and I were both fortunate enough to have the redoubtable Kate Miciak as editor. So, when I delved into the newer books, I was tickled to find that King was giving Mrs. Hudson, Holmes's iconic housekeeper, a very surprising past . . . not unlike what editor Miciak nudged me toward with Miss Birdie.
It was a delight to catch up with the Russell/Holmes team--and to know there is yet another entry in the series coming out in the fall.
This time I won't have to reread from the beginning. 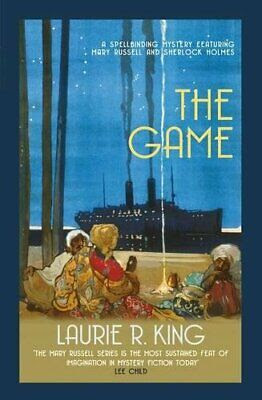 I may have read one of this series at some point. Certainly sounds like a good read.

I too may have read one of this series because I recall the woman sidekick of Holmes. I just finished rereading Lincoln Highway for Book Group on Tuesday afternoon. Since I'd read it within the last 6 months it was a skim read with notes taken.

The book coming out this fall is the start of a new series. It is titled Back to the Garden and weaves together strands from a California estate turned commune fifty years ago and the present time at that estate. I was lucky enough to read it in the final edit stage and loved it. I think she's planning on a Russell/Holmes for her next book, however.

I'm an avid King fan also...and look forward to anything new she writes!

Of all the mysteries written appropriating the character of Holmes, Laurie's are the most readable. I no longer even sample the others. Looking forward to her non-Holmes book next year.

In the fall, I should have said. Wish this system allowed corrections to posts!

Thanks for sharing Vicky, I'll give it a try.
Have a great summer.

Oh, my goodness! What an "embarrassment of riches." I see I have a lot of catching up on reading to do. Thanks for this lovely share.