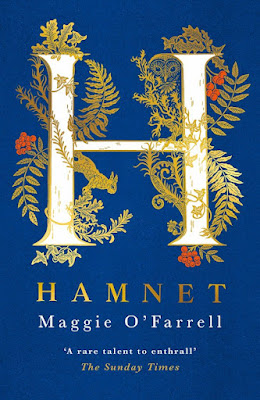 This was meant to be Tuesday's post, but I clicked the wrong thing. So it goes.
A wonderfully imagined and beautifully written account of Shakespeare's family--his wife and three children, his parents, his in-laws.  O'Farrell's deft touch with research brings the past to vivid life and gives us an intriguing and powerful character in Agnes (aka Anne) Hathaway, Shakespeare's enigmatic wife, mother of the doomed Hamnet.
Though I studied Shakespeare in college in multiple classes, all I remember of his personal life was that he was the son of a glover-- a man who had once been respected but had suffered reverses. That he had married Anne Hathaway, a woman older than he, that their first child was born suspiciously early, that Anne then had twins, a boy and a girl, and that the boy-- Hamnet-- died young. And that Shakespeare seems to have spent most of his time in London, involved, apparently, with a Dark Lady and, possibly, a young man.
I knew that Anne Hathaway's cottage still stands in Stratford-on-Avon, a magnet for tourists. And that Anne was left the second-best bed in the bard's will--was that a slight or what? 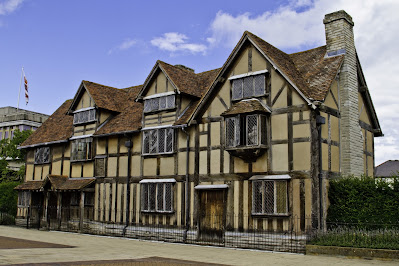 I was intrigued to see the gorgeous tapestry O'Farrell wove, based on these few facts. Of course, there are Shakespeare's plays and poems but, aside from a few sly references to his work, for the most part this is about the family and their life in Stratford-on-Avon.
The house pictures above (isn't Google marvelous) is where Shakespeare grew up. It's really two houses--a narrow addition on the right is where Will and his bride lived after their hasty marriage. O'Farrell brings the reader into the everyday life of the time--from housekeeping to childbirth to the treatment of illness.
Agnes/Anne is like a wild thing, tethered by her love for her children and her husband. As the tapestry unfolds and Will goes to London, his eventual success enables him to buy his wife a house of her own in Stratford. (And this too is still extant, visited by tourists in droves.) 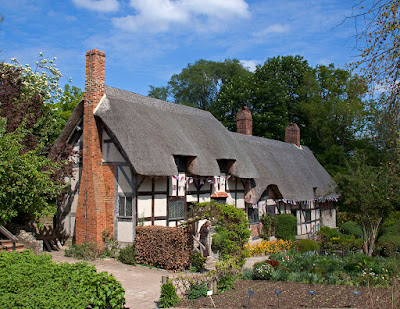 I loved the book and found the author's suppositions not only believable but somehow inevitable. The unforgettable characters live and breathe and love in a time far removed from ours, yet they seem strangely familiar.
As I neared the end on the book, I kept putting it down, reluctant to leave this richly patterned world. When at last I finished it, I found myself wondering about the possibility of a sequel.
And the second-best bed thing is explained quite satisfactorily. 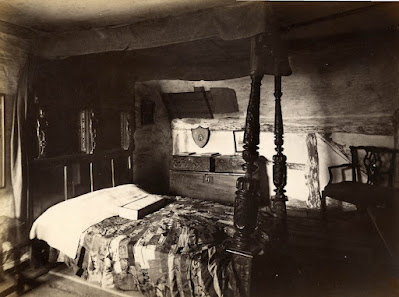 Goodie goodie, adding this to my list. It's so long it might just turn into a book itself! Thanks for the great recommendation. I definitely want to read this one!

I've read this and found it a very good read. I had to do a quick skim read too recently because it was the December selection for a book group I've joined here. Somehow I missed the second best bed explanation. There's another book called I believe Shakespeare's Wife by Germaine Greer that is also very interesting.

In theory I would read and enjoy that. In practice, however, the road to hell is paved.

Sounds like something British TV would turn into a series. They would do it justice.