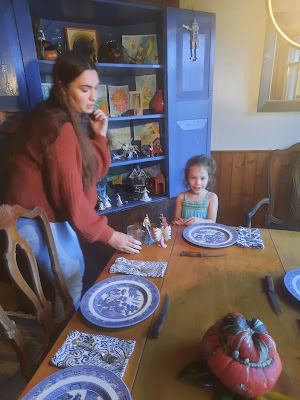 Guess what! I have a new cousin. She and her boyfriend have just moved to Asheville from far away, upstate New York, Meema said. I never saw her before. Her grandfather was Meema's brother who died and so we are some kind of cousins.  Meema says we are the same generation, whatever that means. 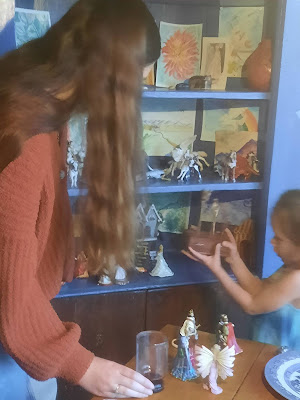 They came for Family Dinner Up and I showed her the Castle People. She was very interested and said that she had had some too--the little fairy on the pony was one. 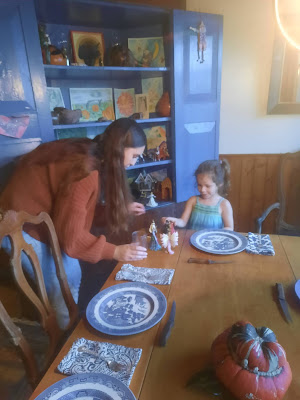 She is a little older than me but since we are the same Generation of cousins, I think we will be good friends. I can't wait for them to come back. (He is very nice too.)
Another cousin in my same Generation is going to be moving into the Gran House in December. She lives in Asheville and I have known her since I was born. She is also a little older than me but it doesn't matter. We are good friends.
Maybe we can have a Secret Cousin Club because we are all girls and cousins of the same Generation. 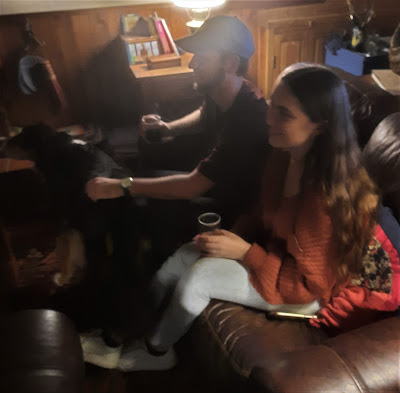 Josie will have fun with those cousins.

Love this. I love how kids look at things, how they explain things. Her "same generation" assessment is fun to read.

I think she'll have plenty of attention from these cousins.