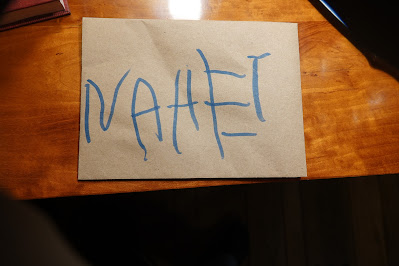 It was my Uncle Ethan's birthday  and he was here and I made a card for him. I put his name on the envelope but I got the letters a little mixed up. It doesn't matter because he likes puzzles. 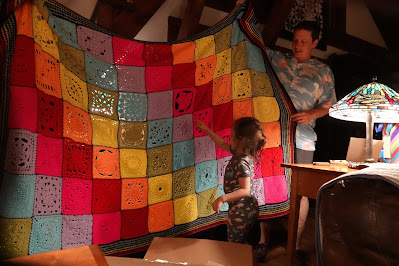 There were presents for Ethan but he brought me a late birthday present that Aunt Aileen made for me. It is a beautiful rainbow afghan. 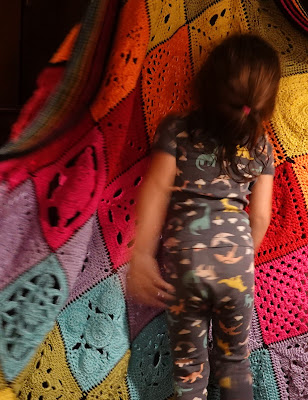 It is very special! 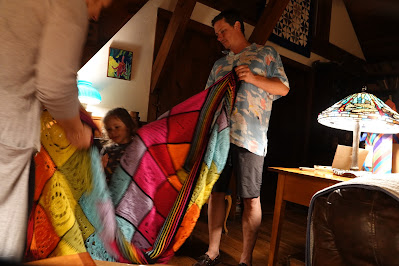 Then we watched Uncle E open his stuff. 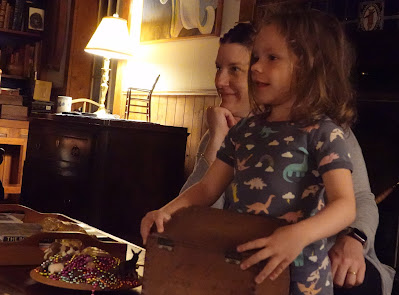 There was a chocolate cake with whipped cream and fruit for Ethan but I made a pretend cake for him and decorated it with animals.
Meema said I needed to tell about the zoo but it was late and I had to get up early the next day to go to camp.  But I will tell you what I liked--the tiger and the red pandas and the stuffies in the giftshop. 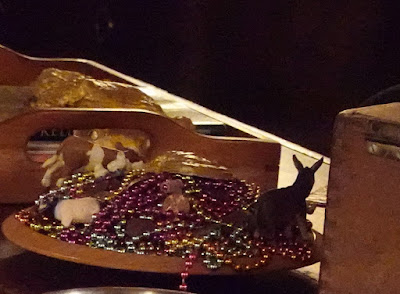 Sharing gift giving and receiving is a wonderful experience.

Happy belated birthday to Ethan. And what a gorgeous afghan! That's a keeper for Josie's children and grandchildren. Her dino dress is quite the fashion statement. ❤️ With pre-school coming up, your lives are about to change, and those of of us who adore following Josie's adventures will feel the change too, but onward and upward! I will love seeing anything you post and hearing about everything new in her life.

What a huge afghan and it wasn't even her birthday.
Our youngest granddaughter turns 4 this week. Can't wait to see her in two weeks when we all meet up for a week at a cabin in the Catskill mountains.

What a day! Can you believe me, I never saw an Afghan in real in front of me!!! till now.