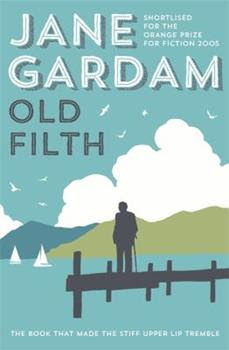 First of all, ignore the title. It's not what it sounds like. Filth stands for Failed in London; try Hong Kong and it becomes the affectionate nickname of Sir Edward Feathers, once a "Raj orphan," now a noted British judge.
The publisher's summary says: "Long ago, Old Filth was a Raj orphan - one of the many young children sent 'home' from the East to be fostered and educated in England.
"Jane Gardam's novel tells his story, from his birth in what was then Malaya to the extremities of his old age. In so doing, she not only encapsulates a whole period from the glory days of British Empire, through the Second World War, to the present and beyond, but also illuminates the complexities of the character known variously as Eddie, the Judge, Fevvers, Filth, Master of the Inner Temple, Teddy and Sir Edward Feathers."
And a fascinating story it is, full of hints and allegations about the past and a loathed rival, as well as ruminations on aging and on the complexities of relationships.
I found it absolutely compulsive reading and, when I reached the end, felt bereft...and like a chain smoker lighting a new cigarette from the butt of the old, ordered the second book in the trilogy. 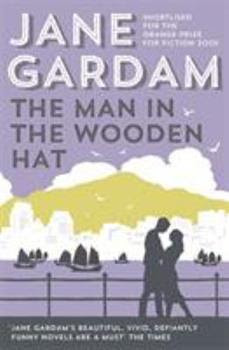 The second book fills in some of the missing pieces of Old Filth's story. Told from the point of view of his wife Betty, it covers much of the same ground as the first book but with an entirely new and absorbing slant. The cause of Old Filth's almost lifelong rivalry with Terence Veneering is revealed, if not fully explored. That is left for the final book of the trilogy, which I raced onto at once.
Quoting:
“The satisfying conclusion to Gardam’s Old Filth trilogy offers exquisite prose, wry humor, and keen insights into aging and death. While Old Filth introduced readers to Sir Edward Feathers, his dreadful childhood, and his decades-long marriage, The Man in the Wooden Hat was his wife Betty’s story. Last Friends is Terence Veneering’s turn. His beginnings were not those of the usual establishment grandee. Filth’s hated rival in court and in love is the son of a Russian acrobat marooned in the English midlands and a local girl. He escapes the war and later emerges in the Far East as a man of panache and fame. The Bar treats his success with suspicion: where did this handsome, brilliant Slav come from?
This exquisite story of Veneering, Filth, and their circle tells a bittersweet tale of friendship and grace and of the disappointments and consolations of age. They are all, finally, each other’s last friend as this magnificent series ends with the deep and abiding satisfaction that only great literature provides. prose sparkles with wit, compassion and humor. She keeps us entertained, and she keeps us guessing. Be thankful for her books. Be thankful for this trilogy, which is ultimately an elegy, created with deep affection.”―The Washington Post 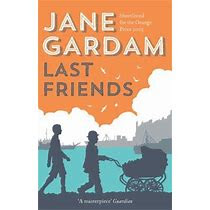 I'll have to search the library catalog to see if its available. Sounds interesting. Just finished the first novel of writer Nev March called Murder in Old Bombay. The novel grew on me and I stayed up late and ignored other chores to finish it.

There's no higher compliment than racing through all three books in a trilogy without pause! I haven't read these but now I must. Thanks for the recommendation.