Miss Birdie and the Ordinary Family 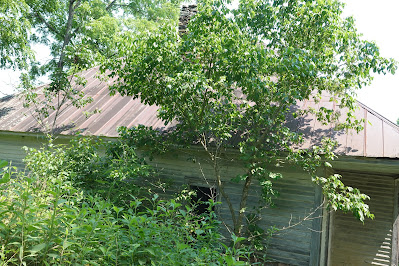 Why look who’s here! Come right in and git you a cheer. I been studying on that old house you asked me about. Hit was the Kendalls lived there—nice folks all of them, and just as ordinary as can be --. . . all of them, ‘cept Elroy, the youngest boy.

Me and Luther used to visit them now and again of a Sunday evening—Rhodie was some kind of cousin to Luther. I been trying hard to think of anything about them worth tellin—they was just the usual run of folks, ‘cept Elroy.

Elroy? Why everyone knowed about Elroy. Though, come to think on it, it’s been sixty years and more since folks made such a fuss over the whole thing. And all his family is gone now—in the graveyard or moved off. I reckon the talk has died down.

In the beginning Rhodie and her man Artis was big in the Holiness Church—you know, like the one we went to back of this to see Belvy prophesying. Artis and Rhodie both handled them snakes and both was bit several times though it weren’t but copperheads and they come through all right. Rhodie and Artis, I mean.

It weren’t getting bit that made them up and walk outten the church like they did—it was the preacher calling Rhodie out in church for not dressing modest which according to him meant a skirt down to her ankles. Now it was summertime and Rhodie was a good size woman and the heat rash like to killed her when she wore those long sleeves and long skirts, so she had took to short sleeves and skirts halfway betwixt her knees and her ankles. And she had told the preacher why. But then he points at her in church and calls her a backslider and a bad wife and mother and says she was in sore need of prayers.

And at that, all the Kendalls , Artis and Rhodie and the five children stood up and marched out of the church, never to return. Now I wasn’t there, nor was Luther but someone who was said that first one and then another, even Rhodie and the girls, broke wind as they went out the door—from a little high pitched poot from little Elroy to a great old rumbling growler that was Artis’s farewell. They always was a musical family. I believe church broke up right quick that evening. 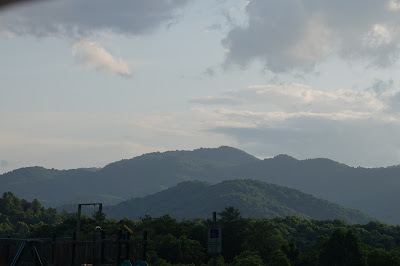 Them Kendalls  was all of them musicianers—had a family band playing the old time music. Artis on banjo, Rhodie slapping the bass, the two girls fiddling, and the boys playing guitars or mandolins. As time went on, Elroy really shone—he could sing real high and play any instrument you could name. When he went to school in Marshall, the feller that ran the band just latched on to Elroy. That was where the trouble began.

The other young uns never give no trouble whatsoever. Not to say trouble. There was a summer Bill, who was around eight years of age, decided he’d rather be a dog and then maybe he wouldn’t have to go to school. He was bad to run around nekkid but being as they lived off the road, his folks just humored him. “Hit’ll save on laundry,” Rhodie told me one Sunday afternoon as we sat on the porch and watched Billy tree a cat. He was a sight on earth and a good as a picture show.

Did he get over it? Well, in a manner of speaking. Rural Free Delivery had just come in and Billy took to chasing the mailman and offering to bite his leg. The mailman put up with it a time or two till Billy got him a good one and tore his pants leg. So the mailman he told Rhodie (with Billy listening) that the Animal Control would have to be notified and Billy would have to go to the shelter and stay in a little cage for two weeks to make sure he weren’t rabid.

Hit must have run in the family. One of the girls, I think it was Joybelle, took it into her mind that she was a chicken. She didn’t pull her clothes off but she took to setting on little nestes she would make out in the woods. I recollect me and Luther was setting on the porch with Artis and Rhodie one evening, eating on the finest, yellowest pound cake you ever saw. Luther reached and got him another piece, and then pointed to Joybelle who was clucking and scratching around the yard, and he asked Rhodie what she was going to do about Joybelle.

Rhodie she just laughed and said, “I’m just a-going to leave her be. We can use the extry eggs. Get you some more of that cake.”

Law, how I do run on. And I ain’t even got to Elroy yet. Now he was something else—like to broke their hearts at first. But I reckon that story’ll keep for another day. 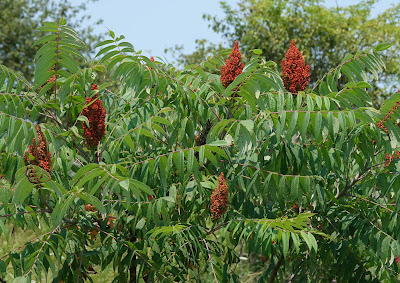 
The story of Elroy might keep to another day, Vicki, but I'm not so sure the rest of us can wait that long ... :D

Great beginning, though. Welcome back, Miss Birdie, I'm glad to see you again.

What a joy hearing from Miss Birdie!
Thank you Vicki for sharing.

Your mind is quite a place. :)

Oh I'm so very happy that you could join us this hot summer day, Miss Birdie. I hope that you're comfortable enough to stay till supper, and we'd sure love to have you join us. Have another glass of sweet tea.

This gave me such a chuckle. Looking forward to the next installment.

What a joy to visit with Miss Birdie and remember the happier times when I first met you and her..seems like a lifetime ago. Thank you so much for bringing her back...I am eagerly waiting for news of Elroy!!!