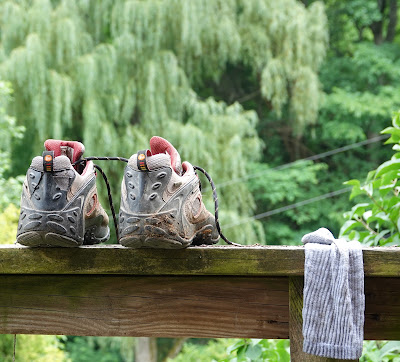 Cloudy mornings have prevented me from getting a near-solstice sunrise. In any event, the sun rises so far to the north that it's hard to get a clear shot from the porch. 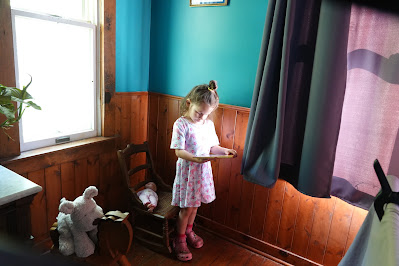 But the Wheel turns and changes are afoot. Our girl will be going to day camp soon and after that, pre-school. 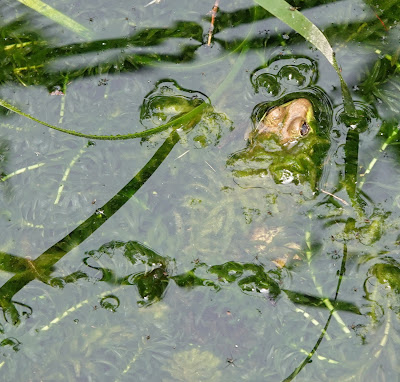 Speaking of Josie, on Saturday John and Justin 'processed' the current crop of freezer chickens. I was concerned about her reaction but evidently she and Claui went for a walk and had a talk about the difference between the chickens we keep for eggs and the broiler chicks we raise for the freezer.  Once she'd been assured that Dave and Not-Dave and the rooster Buc-Buc were safe, she was okay with the whole idea. 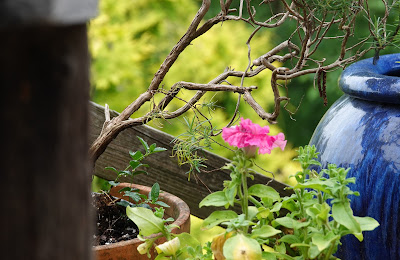 The talk, Claui said, turned to biology--egg laying versus live births and beyond. And then, since they were on the subject, Claui asked Josie which did she think came first--the chicken or the egg?
Josie had the answer--she was sure that the nest came first. 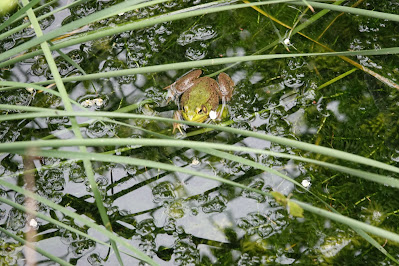 "The nest came first." ... Your little Josie is gonna be leavin' the other kids in her pre-school so deep in the dust it'll take a week to dig 'em out again, I can just see it coming. 😉

Oh dear...glad that Josie knows about the life and death of chickens...as well as enjoying a legbone or two when dinner is served. She is so smart, I am smiling and giggling at the nest...why didn't I think of that!

I was pretty impressed with that answer. In order for life to emerge, favorable conditions must first exist. She just dumbed it down for us.