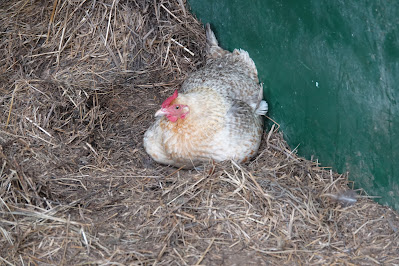 This is Not-Dave. She is sitting on some stolen chicks. She looks a lot like her mother Dave (Josie did the naming.)  Dave is  part Banty hen and she raises a gang of chicks almost every year. Dave refuses to stay in the chicken coop and generally makes a nest amid the hay. Which is probably where she was when I took these pictures of Not-Dave. 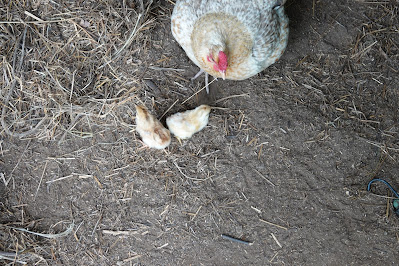 Evidently two eggs hatched before the rest. And Not-Dave has the chicks while Dave continues to sit on the rest of the eggs. 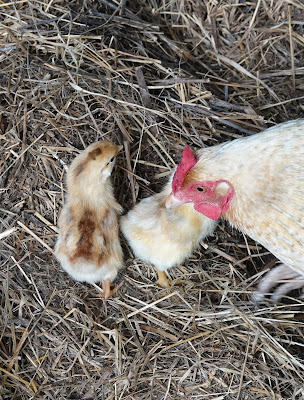 Not-Dave seems very happy as a foster mother. Who knows, some of the eggs Dave is sitting on may have come from Not-Dave--it's not unusual for hens to share a nest. 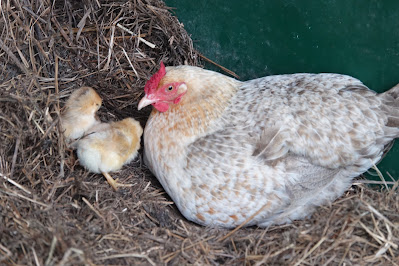 And below is Buck-Buck (Josie again.) He is the putative father but is not especially involved in chick-raising. 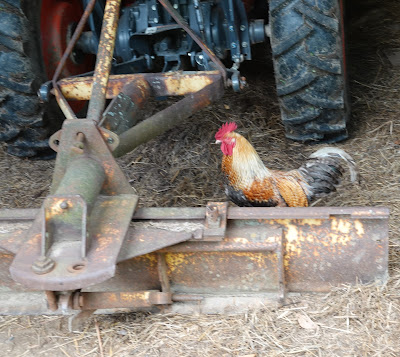 Are Dave and Not-Dave related? Or was Josie just at a loss for a name? My daughter has ended up with two roosters that she's tried to give away unsuccessfully. We call them watch roosters because they crow whenever someone passes the coop.

Dave is Not-Dave's mother. They are almost identical to the untrained eye.

They have their own lives and will live them as they please, thank you, with a little help from their friend Josie! This is all so funny.

Oh the life of a chicken...named Dave or Not Dave! I love Buck Buck!