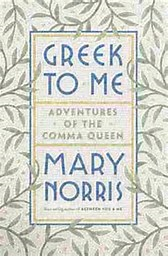 A student in my current writing class (where I've been tediously pedantic about grammar and word usage) brought me this book, autographed by The Comma Queen herself. It's a wonderful read -- but not about punctuation. Rather, it's the tale of how Norris became infatuated with the Greek language, studied both classical and modern Greek, and traveled in Greece -- a kind of memoir, but with lots of discussion of the meaning of words -- in Greek and of Greek derivation.


I love this stuff! The discussion of Athena's eyes (typically translated as grey/gray or gleaming) goes on for six pages -- what did the ancient Greeks mean by glaukos? Is it a color -- pale blue, grey-green, silvery, greenish-blue -- or is it an attribute -- clear-eyed, bright-eyed, steely. sharp-sighted?


I don't know why it is, but I find this fascinating. Probably because I'm something of a word nerd. Not enough to take on the study of ancient Greek but I'm so glad Norris did and shared what she learned . . . and saw and experienced in such an entertaining book.

Now I have to hunt down her book Between You and Me. 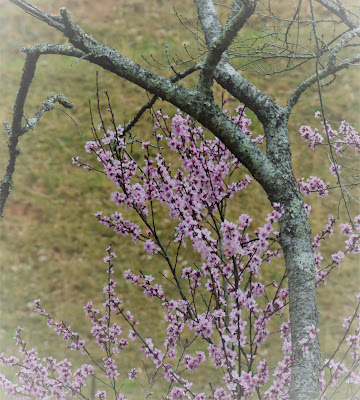 Email ThisBlogThis!Share to TwitterShare to FacebookShare to Pinterest
Labels: Greek To Me, Mary Norris

I love words, too, so I love this post!
Deana the queena

PS Could you please delete my first comment, in which I forgot the "s" on words?