Back to THE OCEAN AT THE END OF THE LANE 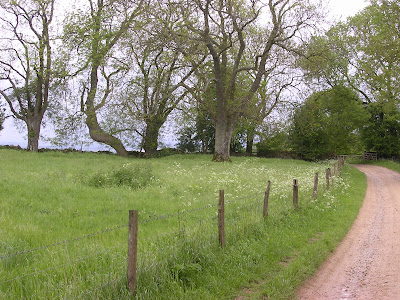 I took my time finishing Neil Gaiman's THE OCEAN AT THE END OF THE LANE -- it's not a big book like NEVERWHERE or AMERICAN GODS -- it's only about a hundred and eighty pages.  And while I would have welcomed another big book, this one seems perfect just as it is.


A middle-aged man returns home for a funeral and revisits a nearby farm where, as he dimly remembers, some strange things happened many years ago. The story reverts to the past and we see through his seven year old eyes, his close encounter with inexplicable things some Good and some deeply Evil. It's a wonderful blend of the everyday and the, for want of a better word, supernatural.

The young boy was particularly endearing to me -- he loves the Narnia books and recites Gilbert and Sullivan in times of stress -- this could have been me!

The three Hempstock women who live at the end of the lane include Old Mrs. Hempstock -- who remembers when the moon was made, her daughter, and her daughter Lettie -- who insists that the duck pond is an ocean.

Just who or what these three represent didn't become clear to me till near the end of the book and then I smote my head --as an English major, used to looking for symbolism in the oddest places, how could I have not realized ? . . . 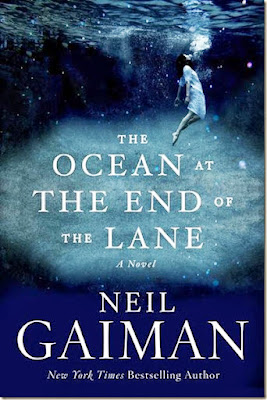 I listened to the book, read by Gaiman -- who, as I said before, is a wonderful reader. I loved hearing it -- in a hard copy I would have read too fast and not savored the language as it deserves. But now I wish I had a hard copy to thumb through and look for earlier clues as to the Hempstocks' true nature.  Ah, well, I'll just have to listen to it again. (I've listened to NEVERWHERE multiple times and always hear something new.)
l 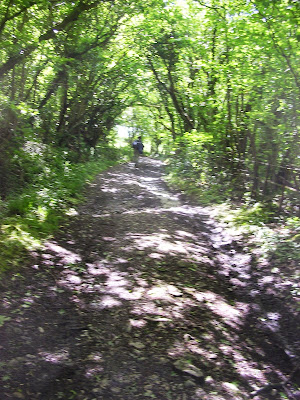 But before I go back down that lane again, I'm listening to another Gaiman read by Gaiman -- FRAGILE THINGS, a collection of short stories. I'm in the middle of the first one -- in which Sherlock Holmes is in an alternate London -- an H.P. Lovecraft sort of London where the Royals are creatures of another sort. For starters, they bleed green blood. . .

Email ThisBlogThis!Share to TwitterShare to FacebookShare to Pinterest
Labels: book review, Neil Gaiman, The ocean at the End of the Lane

oh i have both his short story books...and periodically take them down to read a story or two...

Thank you! I've never been a fan of audio books, but your point about really hearing the language... I'm going to try The Ocean at the End of the Lane.

Audio books can be awful with the wrong reader. Gaiman is the right reader.

So my next thought was, how about Vicki Lane reading Vicki Lane? I'd love it!

Interesting. I read the hard copy and far too quickly. Regarding the Hempstocks; my immediate thought when the name was mentioned was when Bod finds the grave of Liza Hempstock in THE GRAVEYARD BOOK. She was, of course, a witch. Then I thought of Shakespeare's Trifecta in Macbeth. I'm sure I will read the book over and over again. And I just bought the audio.

My copy's in the mail, it should arrive any moment, literally! I am so excited. I may even decide to play hooky and read during the day, which I almost never do.

Thank you for making me look forward to fall into a new book by Neil Gaiman!

This will have to go on my list then....