The Male Point of View 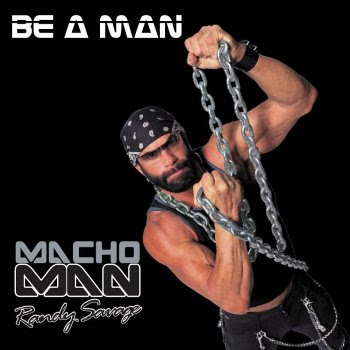 When I decided to do  a post about trying to write from the male point of view, I wanted some pictures of seriously male guys. So I Googled 'macho men.' (Macho -- Spanish slang for he-man or virile.)
The first websites that came up were gay websites. And while there are undoubtedly macho gay guys -- that's not what I'm here to talk about.
So I ended up with the wrestler  Randy Savage (and if that's not a macho name, I don't know what is); Dirty Harry, movie tough cop; a Marlboro Man; and Rambo -- the one man army brought to us by S. Stallone (aka The Italian Stallion) for my male types.
. 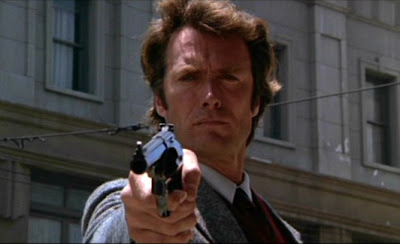 I've observed this to be true in many cases and have come to the conclusion that it derives from the early division of labor between the sexes. As hunters, men had to focus and stay focused on the quarry while women were tending babies and gathering food and wood and water, keeping an eye on lots of things at once. 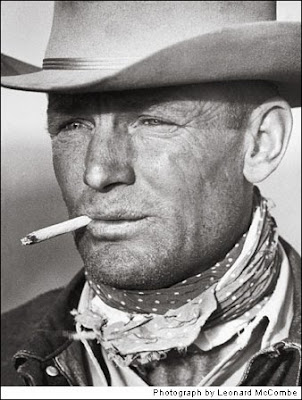 I only half agree with this one -- most good fictional males have baggage; they just don't talk about it till it's wrung out of them under extreme stress. The 'strong, silent ' types, in other words.

The antithesis to the Woody Allen sort of character -- or Hamlet, for that matter. 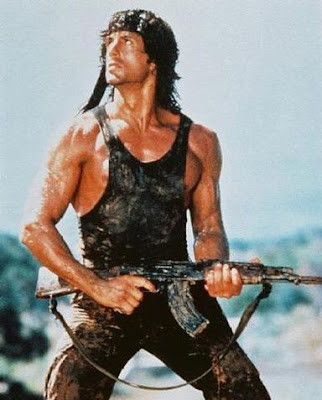 I like some macho men, but not the first one. I prefer James Bond especially Sean Connery! Even now that he is old, he plays the parts of macho men.

Hmm, I had to think about this one, have a cup of tea, come back to it...and I'm still not sure that I have anything constructive to say.

I've worked with men, in the past, who would weep openly when talking of their children, but sit you on your backside if they thought you deserved it.

However, bearing in mind the disclaimer, I'd have to agree that the suggestions you mention are not so short of the mark. I suppose it depends on just how macho you want your character to be.

Thought provoking post, Vicki. My cogs are still turning over this one!

I agree with Reader Wil -- adore Sean Connery and think he looks better today -- would like to see him in more parts - he may play the macho type but does it with a touch of class and panache .. I also like Mel Gibson-- Brave Heart really showcased his personality. On the younger set adore Johnny Depp in his versatile portrayals of offbeat, eccentric characters. I am sticking to actors --for their character roles, but in real life there are some interesting men -- like Hemingway, Keats, Dylan Thomas, and so many more.....

teehee...i don't think these woud work all the time...it would be like writing from the POV of the woman that is the charming engaging housewife who loves nothing more than to cook and clean and never have an independant thought. i dunno. i always try to think of my wife when i do a female POV...

Ha. I love that last line.

One writer comes to mind immediately. Tolstoy. Especially "Anna Karenina." I believe he did it well.

Don't remember where I heard it - I think a radio show - but the observation was that when a woman is unloading a problem to her man, if he doesn't respond with emotional empathy it's not because he doesn't love her but because he is trying to figure out a way to solve her problem. The man does not show his love by hugs and "yes, I understand" but by thinking of a way to fix whatever is bothering the woman he cares for. That rang true to me.

Sorry for the length of this.

A friend of mine and I were sitting with our wives one evening trying to explain the male experience to them. He and I are very different men from outward appearance. Despite my weight, I definitely have a mask that leans towards a certain distinctive maleness. Even though I write poetry, this is an exercise of different faculties that my public self. He is quite feminine, not in mannerisms, but in the way he goes about conversation and his emotional attitude in interpersonal relationships.

The thing we have in common, that all men have in common is the beast. It's probably caused (at its root) by testosterone. This beast isn't socially condition, but the way we manage it is.

I cannot speak for the evil that lurks in the hearts of women, but in men there is most certainly a beast. Look at your favorite man today, all that you like about him exists in part because that is how he manages the beast.

Certain Machismos are deformed culturally. The beast gains too much power through lack of impulse control. But also extreme feminisms in men can also not be about any true association with the fairer sex, but merely an exaggerated coping mechanism.

You want to think about how complicated men are, realize that this thing called civilization, your man's love for you, or his mother, or his daughter; or perhaps his brotherhood (not-necessarily blood brotherhood, but comrade) is all that stands between you and the beast.

Just have your character stand somewhere, in front of the fridge, say, or the wardrobe, or the bookshelf, and ask, plaintively, "where is . . . . "

I'm with you on Sean Connery, Wil -- but only the older one. I didn't care much for the younger one.

Difficult question, Martin. And, of course, there is no one answer -- it changes from culture to culture, generation to generation, sicial class to social class -- the permutations are endless.

Joanny -- some times when I'm trying to write a make character, I think of a character from a book or a movie or real life and snitch that characters attributes.

You're right, Brian, using just the characteristics I listed would result in a very cliched character.

Well, it DOES, Willow!

Quite true, Mountainwoman -- it's been a while since I read it but I thought that AK rang true, so far as I could tell, for a woman of her time and place.

Very good point, Helen. we were talking about these questions in my writing class today and I brought this up and the men in the class absolutely agreed. Mention was also made of WOMEN ARE FROM VENUS; MEN ARE FROM MARS.

Nothing Hypothetical --
I really appreciate the long thoughtful answer. (And what an interesting take -- a burden to bequeath male characters.)

Tee hee, Friko -- Certainly true in our house... It's back to the men being the hunters, focused on the prey alone, and the women (gatherers) had to remember where it was they found that tasty bit of fruit last week or on which bush in what part of the forest the best grubs were.

So she can usually answer his plaintive question - (third shelf, to the left.)

Oh boy, I loved all the pictures of your Macho Men!
I think it would be so hard to write as the opposite sex. It would take me a long time to develop that character!

Vicki, what a fun post about macho men. We actually have a friend who was once the Marlboro man. He took his money and bought a ranch in Wyoming and also had a home in the islands near us.

Clint Eastwood is my favorite in the group. Bernie mentioned John Wayne. I can't leave him out either. I grew up on cowboy movies and those guys were always macho in a family-friendly kind of way.
Sam

It's always a challenge, Alexis. Sometimes I get my husband to read the bit I've written from the male POV and tell me if I'm wildly off the mark.

Clint's always been a favorite of mine, Sam.