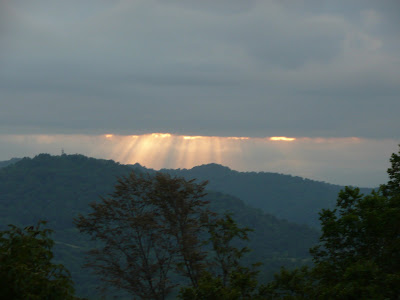 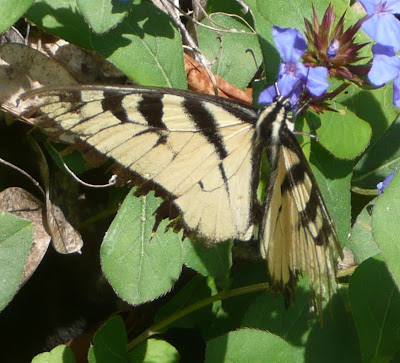 People sometimes ask where writers get their ideas. Many of mine are from my garden and surroundings -- homegrown, by crackey! (What's crackey anyway?)

By summer's end some butterflies' wings are so tattered it's a wonder they can fly at all. I stalked these two for a while, hoping to catch them together in the air to illustrate the following quote from Art's Blood. But they were intent on nectar from the plumbagos and pretty much ignored each other. Ah well. I'm quoting it anyway. (Company for dinner tonight has me in a hurry.)

"... two swallow-tailed butterflies one black, one yellow, were spiraling around each other. Their once beautiful wings were ragged and dull -- the price of survival through summer's perils and pleasures. The pair seemed unaware of their fragile state. Up and up they fluttered -- mating? fighting? playing? It was difficult to say.

Elizabeth watched in open-mouthed absorption -- her busy thoughts almost silenced. Almost, but not quite. I have a real feeling that's a metaphor for something or other but I'm not going to go there. They're just two butterflies. I will not bring my English major's sensibilities into this.

Time for lunch. She stood stretched and tried not to think of Phillip Hawkins and herself as she climbed the hill back to her house." 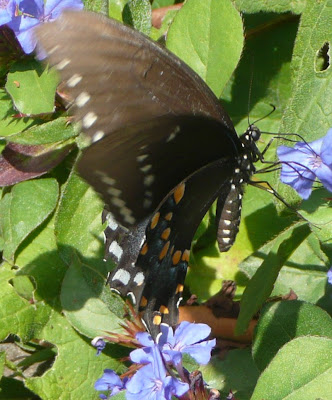