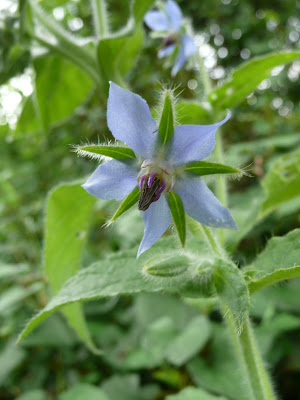 Is there some sub-genre of writing in which adverbs are considered
acceptable? Are there readers who do not find them objectionable;
think they add to the flavor of the writing?

I ask this question because EVERYTHING I have read and been told
about the craft of creative writing over the last two years is that
adverbs are considered a terminal disease by EVERYONE.

Yet today, I started reading a book by a new author, for me, and
found it to be a walk across a ground filled with rocks on a night
with no light. . . . In the first ten pages, I stumbled over: continually, quietly,
fervently, gratefully, lovingly, extremely, suddenly, awfully,
heavily, purely, slowly, carefully, sweetly, restlessly, softly,
softly (again), quietly (again), certainly, absolutely, and joyfully.

I looked through the first ten pages of the second book, and only
found nineteen adverbs. These books are written in the third person
POV. I know that third person POVs allows the author to "get inside
a character's head." Does using third person POV make adverbs more
acceptable?

As a reader, I now have to agree with those who say adverbs
interrupt the flow of the prose. These are books I want to read
because of the settings and subject matter. But, man, it's hard to
stay with a story line when the rocks keep grabbing your attention. 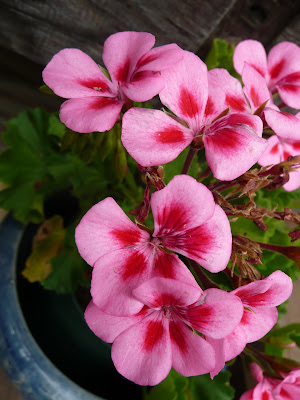 Any one here have an idea where those adverbs came from? Yep, first ten pages of Signs in the Blood. The poster had purposely (oops, there's an adverb) not named the book but I had a real feeling. . . A quick look at a copy of Signs confirmed that feeling -- it was I who had strewn those rocky adverbs in his path.

What could I do? My firstborn had been (callously) attacked in a public forum -- I wrote the poster the following ( a personal email, not a post to the list):

While (quietly ) perusing my DorothyL digest, I (eagerly ) read your post about adverbs, only to realize (suddenly) just which books you were ( unsuccessfully) trying to read. Arrrgh! Those are (certainly) my words! ! I (ruefully and shamefacedly) admit to use of adverbs.

I can only say (defensively) that my editor at Bantam seems (enthusiastically) to like these poor little parts of speech, even (blithely) adding one or two of her own now and then. Elizabeth George (who was with this same editor for years) and (surely) shares your distaste for adverbs) (callously) called this editor the queen of adverbs.

But what to do? I can only (longingly) hope that not all readers are (terribly) thrown out of of the story by the proliferating adverbs and that you will (kindly) accept my apology for (unwittingly) offending. 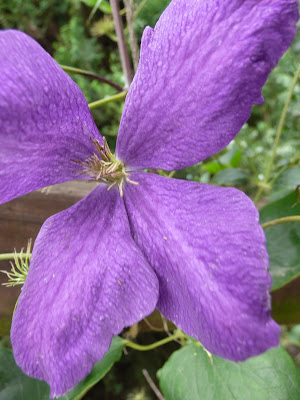 Soon I had an email in reply in which Mr. X told me that he had tried reading those ten pages leaving the adverbs out. It changed them, he said, and not for the better. Then he posited that using the adverbs was a conscious choice on my part, to slow the pace to fit the flavor of the setting. He also said that he was enjoying the book and fully intended to read all four -- and some more nice things about my writing.

My favorite, however was a later post on this same list from a woman who said that she had way better things to do than count the adverbs in a book.

Email ThisBlogThis!Share to TwitterShare to FacebookShare to Pinterest
Labels: adverbs

Oh wow... I really admire you for your spunk and spirit. If someone said that about something I did, I'd probably crawl in a hole somewhere, or get all defensive and upset! Instead you very cleverly, humorously and bravely went to the source. I'm glad he was able to 'let it go' and enjoy the book. I love the way you write and please don't lose the adverbs!! You have a wonderful way of capturing the nuances of life. Thanks for sharing this!
Tammy

Vicki, yes, I agree with Tammy. Good for you. I will have to post my "Saving the Adverb" Language Matters column. I know that the illustriously, multi-million-dollarly renowned author Stephen King urged us to "Kill the Adverb," but I bravely and stubbornly refuse to be cowed.
Counting the adverbs! Good lord. I recall a famous poet counting the words in a poem's sentences, proclaiming that if you have over, I forget how many, but let's say 17, you have too many. He then read one of my poems next in the workshop, and omigosh, I had long, long sentences, way more than 17 words long. He liked the poem, then said, well, if you know how to construct sentences, you can have as many words in them as you like.
I've never been good at math, and therefore, I do not count words, adverbs, or articles. But sometimes I do count syllables.

Well, as THE woman who has better things to do than count adverbs in a book, the rest of what I said in that post describes EXACTLY why I like Vicki's books. All of those adverbs help set the tone for the story. And adjectives, though not the part of speech under attack currently on DorothyL, help me visualize the people and places.

Honestly, it just seems seems to me that some people have way too much time on their hands!

It was nice of him to respond to your email so kindly, but it would have been better if he would have posted that as well.

Thank you, ladies, for valiantly and loudly supporting me and the adverb!

Tammy, I did feel defensive and upset but I've learned in a long lifetime that humor and the direct approach is usually the best solution.

Kay, I look forward to reading your post. Bravely and stubbornly, indeed!

Caryn, yeah, I had thought that too -- it would have been nice if he'd posted his positive reassessment.

And I'm beginning to wonder if perhaps there's a gender divide here -- if it's usually men who prefer terseness. (Though as I said, Elizabeth George is famously anti-adverb.) And now that I think of it, it takes more than one word to replace an adverb.

Hmm. I'll have to reflect on that while I go deal with all the tomatoes I've just hauled in from the garden. And basil and parsley. Look for a pesto making post this evening.

Jack Pyle is my writers group's "ing" word stalker. We can always rely on him to catch those pesky "ing" words for us when we read something at a meeting.

Haven't had too many people say anything about adverbs, though. I think it depends on the context. I don't seem to have any trouble with your books. Maybe I'll have to read a bit closer now. ;-)